Javi Gomez de Liano to play out final year at UP 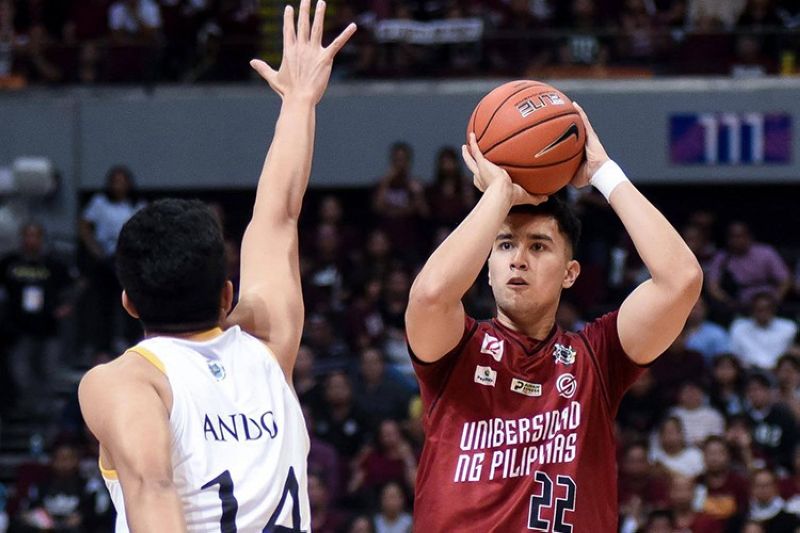 UP forward Javi Gomez de Liano announced that he would be returning to play out his final season for the UP Fighting Maroons in the UAAP. (The UAAP)

Versatile forward Javi Gomez de Liano is returning to the University of the Philippines Fighting Maroons to play out his final season in the UAAP.

The 22-year old explained that he wanted to help the Fighting Maroons put an end to a lengthy 35-year UAAP title drought.

"It's just a personal goal of mine to win a championship for UP before I leave. I'm just really grateful for the opportunity that the university has given me, with the support from the coaches, management and community," said the 22-year old whose stock has grown after his impressive showing in the second window of the FIBA Asia Cup qualifiers.

Playing alongside his fellow Gilas cadets, de Liano put up 14 points and 2.5 rebounds in just 16.7 minutes of action in their two-game set against Thailand. His performance caught the eye of many experts who expected the 6-foot-5 forward to declare himself eligible for the 2021 PBA Rookie Draft.

But with UP primed for another run at the UAAP crown with stars Kobe Paras and Ricci Rivero still around, de Liano said the opportunity to be part of something special was too enticing to pass up on.

For now, de Liano is focused on training with the Gilas Pilipinas inside the Inspire Sport Academy in Calamba, Laguna. He is in the running for a roster spot on the team that will do battle in the third and final leg of the FIBA Asia Cup qualifiers next month in Clark, Pampanga.

After his final season in the UAAP, de Liano also disclosed that he is keen on playing for the Nueva Ecija Rice Vanguards in the Maharlika Pilipinas Basketball League before making his way to the PBA. (JNP)