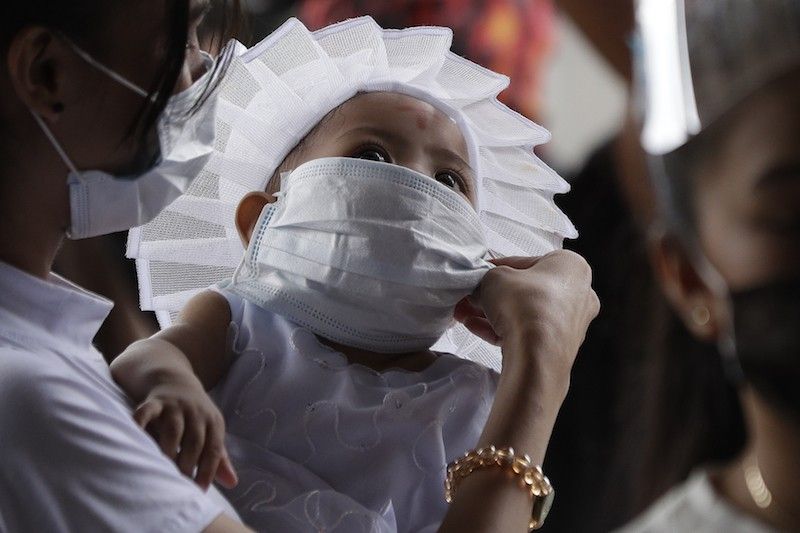 MANILA. A woman adjusts the mask of her daughter to prevent spread of the coronavirus as they prepare for her baptism at the Santo Nino Parish in Tondo district, Manila on Friday, Jan. 15, 2021. (AP)

THE Department of Health (DOH) on Tuesday, January 19, 2021, reported a lower number of coronavirus infections as some testing laboratories were non-operational.

The death toll from coronavirus disease 2019 (Covid-19), however, edged closer to 10,000, with the additional mortalities confirmed Tuesday.

“This relative decrease in the number of recorded cases today is attributed to the increased number of non-operating laboratories during the weekend,” the department said.

Only 16,444 tests were reported on Monday, nearly 15 percent lower than the 19,210 tests reported on Sunday but with a higher positivity rate of 5.7 percent compared to 4.6 percent on Sunday.

The DOH also reported 69 additional mortalities, which raised the death toll to 9,978. The case fatality rate increased again to 1.98 percent.

Davao City continued to post the highest number of new cases, with 130 reported on Tuesday.