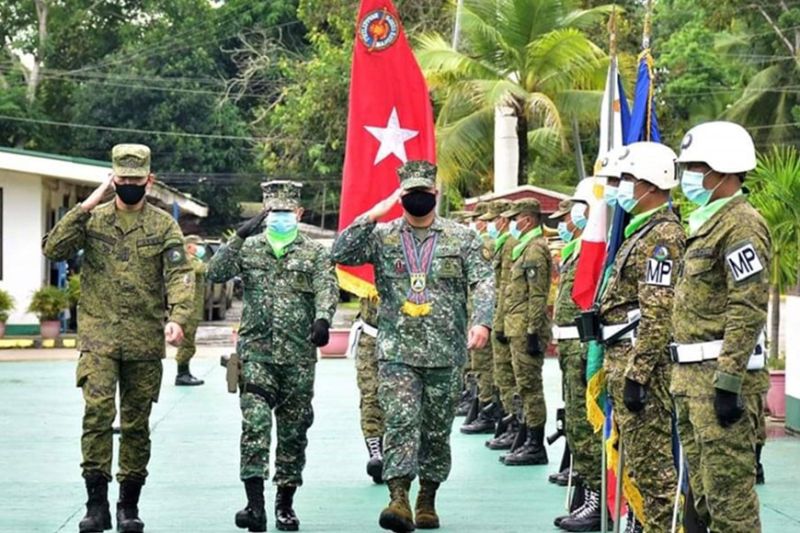 NEWLY-promoted Brigadier General Arturo Rojas, 2nd Marine Brigade commander, has vowed to double his efforts to sustain the peace and welcome development in the province of Tawi-Tawi.

Rojas made the assurance to Lieutenant General Corleto Vinluan Jr., commander of the Western Mindanao Command (Westmincom), during the former's visit Tuesday, January 19, to Camp Don Basilio Navarro that houses the Westmincom headquarters in Zamboanga City.

Rojas, who is also the Joint Task Force Tawi-Tawi commander, has expressed his gratitude to Vinluan for the latter's continued guidance and support.

Vinluan lauded Rojas for the numerous accomplishments of the Joint Task Force Tawi-Tawi under his leadership, particularly in the campaign against the proliferation of loose firearms and the neutralization of lawless elements.

Also, Vinluan congratulated the newly-promoted general for the promotion.

During his visit, Rojas was welcomed with company-sized military honors rendered by the officers, enlisted personnel, and Civilian Human Resources at the parade ground of Westmincom headquarters. He was subsequently received by Vinluan and the command staff at the Bautista Lounge.

Rojas is a member of the Philippine Military Academy "Bigkislahi" Class of 1990. (SunStar Zamboanga)