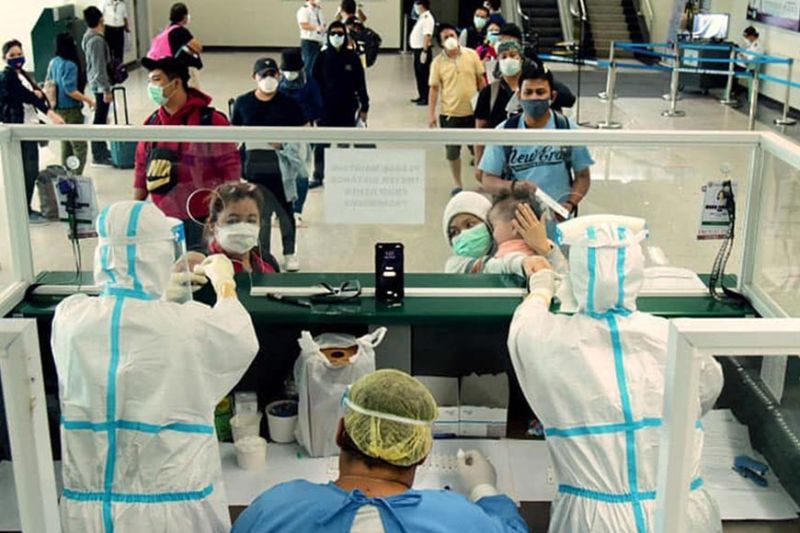 THE Covid-19 molecular laboratory at the Francisco Bangoy International Airport (FBIA), recently accredited by the Department of Health (DOH), will start running its reverse transcription-polymerase chain reaction (RT-PCR) tests, but it will not be intended for arriving passengers, Davao City Mayor Sara Duterte-Carpio said.

Duterte-Carpio said in an interview on 87.5 FM Davao City Disaster Radio on Monday, January 18, that the city got its license to operate the airport lab on Friday, January 15.

The laboratory can now process specimens of suspected or probable Covid-19 patients.

The laboratory was donated by the United Laboratories in September 2020.

Before the official DOH accreditation, the laboratory was used for the training of medical technologists and validation of result purposes, but not for testing for the City Government.

The laboratory can process 96 specimens per run and can reach up to more or less 300 per day.

Despite its full operation, Duterte-Carpio said this does not signify the resumption of the free swabbing for arriving passengers with no negative RT-PCR test results.

The Davao City Government temporarily suspended the free RT-PCR testing for arriving passengers at the FBIA, also known as Davao International Airport, starting January 13, as the city will be "redirecting" its resources to "address the local transmission since this is the highest in the list of cases now."

Duterte-Carpio said the new lab is insufficient to test all arriving passengers averaging from 800 to 1,000 daily.

"Kung ingnon nato ang isa ka run is 94 only and pila ka hours ang isa ka run sa machine, dili na sila makatest og mga panginahanglanon nato diraa sa (It can only accommodate around 94 tests and it will run for several to process the specimens. It is insufficient to accommodate the testing needs at the) Davao International Airport," the mayor said.

Meanwhile, Duterte-Carpio has not given any timeline when the free swabbing will resume. The swabbing was started in July 2020.

For now, residents without negative RT-PCR test results will be given health monitoring forms, of which the local government and barangays will monitor their compliance. Returning residents are required to undergo a 14-day home quarantine.

The airport molecular laboratory is in addition to the existing testing laboratories in Davao City -- the Southern Philippines Medical Center and private-owned Davao One World Diagnostic Center.