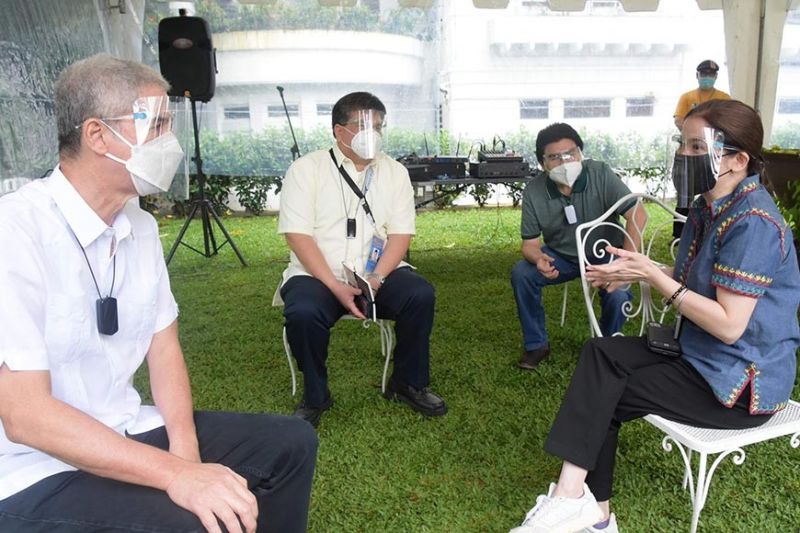 THE top official of the Department of Tourism (DOT) wants more tourism stakeholders, especially workers, in Negros Occidental affected by the prevailing coronavirus disease (Covid-19) pandemic to avail themselves of the agency's P5,000 cash assistance.

Tourism Secretary Bernadette Romulo-Puyat, on the sidelines of the launching of "Negrense Heritage Cooking" book at Casa Gamboa in Silay City Tuesday, January 19, said she was surprised that some officials in the province are not yet fully aware of the DOT's financial assistance and cash-for-work program.

Romulo-Puyat recalled that the DOT and the Department of Labor and Employment (DOLE) previously signed a joint memorandum circular to provide financial assistance to displaced workers in the tourism sector.

The program is actually part of the Bayanihan to Recover as One Act (Bayanihan 2) to address the impact of the pandemic to the country's tourism.

Under which, the National Government allocated P3 billion to help some of the 5.7 million workers of the tourism industry.

The amount is on top of the P6-billion budget for working capital loans that can be availed by small enterprises related to tourism through the Small Business Corp. under the Department of Trade and Industry.

The government provides a zero interest loan payable in four years with a one year grace period.

For tour guides alone, the DOT also allocated P100 million in financial assistance, which they can also avail at P5,000 each.

"I have informed the governor and some mayors that the program exists, so it can help more tourism stakeholders in Negros Occidental," she said, adding that "it is really a trying times for the sector, tourism is one of the hardly hit."

This means that workers who have previously availed of the P5,000

financial assistance from the DOLE, and even from the Social Security System (SSS), may again apply and avail themselves of the same amount of assistance to the DOT, Romulo-Puyat said.

These workers included not only employees of the hotels but also those in the souvenir shops and restaurants like waiters, dishwashers and cooks, and even displaced personnel that have returned to work as part-time, she added.

For Negros Occidental and Bacolod City alone, the agency has already endorsed a total of 7,987 beneficiaries from 226 tourism enterprises, community-based tourism organizations and tour guides associations as of January 18 this year.

Of the number, some 1,754 beneficiaries have already received assistance totaling to P8.77 million as of January 6 this year.

"The P5,000 assistance is really of big help for the tourism workers," Romulo-Puyat said, adding that "we hope to spread the word so more can avail."

Romulo-Puyat then held a meeting with tourism stakeholders at Seda Capitol Central in Bacolod City to assess the current situation of the local tourism industry.

"We have to have dialogues so we will know what they need. It's more of asking them first before we can say what to do," she added.

Meanwhile, Romulo-Puyat stressed the need for tourism establishments and other accommodation facilities to implement minimum protocols amid the country's impending acquisition of the vaccine against Covid-19.

She said the concern of most travelers is still their health and safety,, so as early as June 2020, the agency already has guidelines for all establishments related to tourism, adding that "you cannot open without an accreditation."

The official also said that they will ask Secretary Carlito Galvez Jr., chief implementer of the National Task Force Against Covid-19, to include in the government's priority for vaccination the frontline tourism workers like those working in hotels used as quarantine facilities.