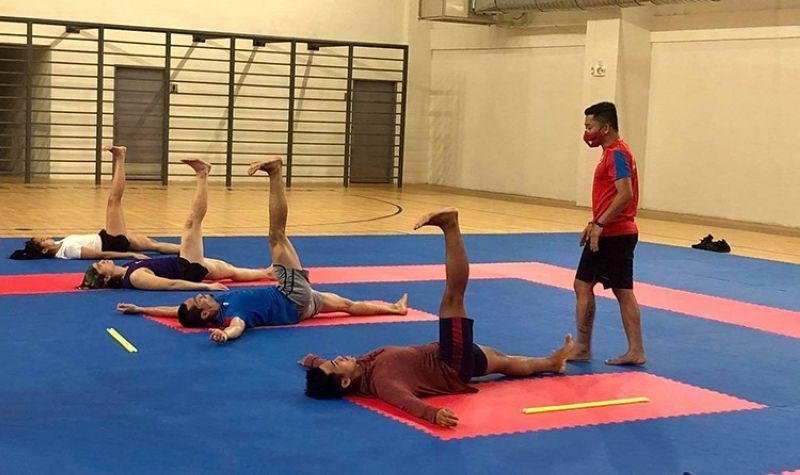 While Filipino athletes who are gearing up for the Tokyo Olympics are already training inside the bubble at the Inspire Sports Academy, those who are vying for the Southeast Asian (SEA) Games later this year are still limited to online training.

“We need the IATF clearance for that. (PSC) Commissioner Ramon Fernandez is working on that,” Velasco said during the Philippine Sportswriters Association (PSA) Forum.

At the moment, only those who are already qualified or are seeking spots to the Tokyo Olympics are allowed to be at the Inspire Sports Academy in Calamba, Laguna.

Olympic-bound athletes such as gymnast Caloy Yulo, pole vaulter EJ Obiena, boxer Eumir Marcial and weightlifter Hidilyn Diaz, who is set to formalize her entry to the Tokyo Games, have all been training abroad for several months now.

Velasco added they expect no more than 60 persons to enter the Calamba training bubble, including athletes and coaches from boxing, karatedo and taekwondo. Most of these athletes are preparing for Olympic qualifiers that will be conducted until June.

Velasco expressed hope that sooner rather later, athletes that are aiming to compete in the SEA Games would also be allowed to train at the bubble. This is because in these times, athletes may require a longer cycle to reach their peak form.

“That’s why we are planning the best timetable for them. With no foreign exposure we need longer training cycles,” said Velasco. (JNP)