No militarization in UP, Defense chief declares 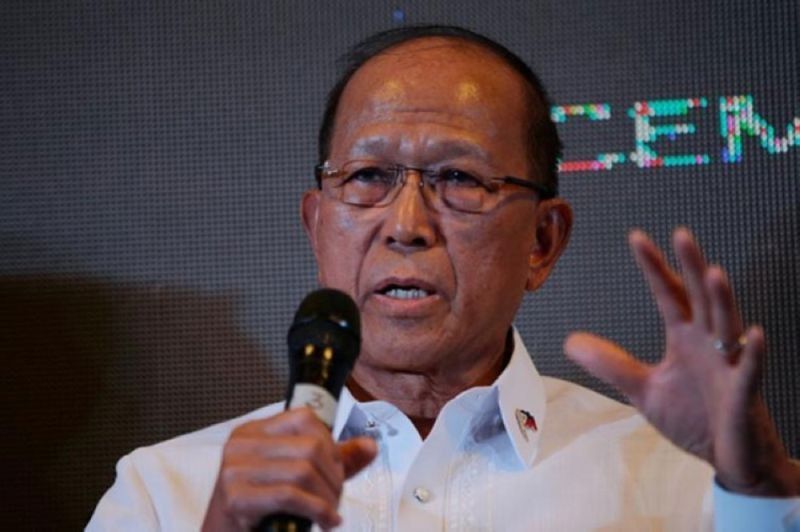 DEFENSE Secretary Delfin Lorenzana assured on Wednesday, January 20, 2021, that there is no plan to deploy state forces inside University of the Philippines (UP) campuses.

Neither does the military wish to suppress academic freedom and freedom of expression.

He said he made this clear when he informed UP President Danilo Concepcion in a letter about the abrogation of the agreement between the Department of National Defense (DND) and UP effective January 15.

The agreement, signed in June 1989, prevents the police and military from entering UP campuses without any coordination with the UP administration.

Lorenzana reiterated this in a press conference Wednesday to debunk “malicious insinuations” that they will militarize UP.

“We do not suppress legitimate dissent. Mag-assembly kayo d’yan. This morning when you wake up nakakapag-tweet kayo, you can form a demonstration there, nobody will touch you,” he said.

“Ang ayaw namin ‘yung mga nagtatago d’yan at nagre-recruit ng mga bata at binibigyan ng baril at makipaglaban against the government and they are being killed,” he added.

Lorenzana showed a list of 17 UP students who were killed during police and military operations against the communist New People’s Army (NPA) from 1975 to 2020.

The students were members of legitimate organizations Gabriela, Kabataan Party-list and League of Filipino Students, among others.

Lorenzana said the fact that members of these groups were killed in operations against the NPA confirm allegations that these groups are front organizations of the Communist Party of the Philippines (CPP).

He said these groups are freely operating and recruiting members inside UP campuses under the cover of the UP-DND accord.

Lorenzana reiterated that the UP community may continue holding mass actions and other activities to exercise their academic freedom and freedom of speech, provided that these are within the bounds of the law.

“May rally? What are we going to do? Wala, they can shout their lungs to high heavens. They can put in the graffiti around UP. Wala kaming pakialam do’n,” he said.

Lorenzana’s move to terminate the agreement drew criticisms from the UP community, Vice President Leni Robredo, lawmakers and activists.

Lorenzana said there was no need to consult the UP administration prior to its termination.

“No (consultation). This agreement is the meeting of two minds. Kung ayaw na ng isa, I think consultation is useless,” he said.

Major General Edgard Arevalo, Armed Forces of the Philippines (AFP) spokesperson, said the abrogation of the agreement did not violate any law.

“When the agreement was signed in 1989, it was between the Secretary of the national defense which who has under his powers the AFP being one of its department and the AFP then was comprised by the Philippine Army, Air Force and Navy and Philippine Constabulary,” said Arevalo.

“In 1991, with passage of the PNP law under the Constitution there has to be one police force which is civilian in character and national in scope, it practically removed the PNP from the agreement, so (this agreement) therefore, is void in so far is the PNP is concerned and there has been substantial change in the parties to the contract so therefore since 1991 this agreement has been voided by the substantial difference in the parties to the contract,” he added.

He said having such an agreement runs counter to public policy because it is inimical to public interest and deprives the public of their right to safety.

Under the agreement, the AFP and PNP are required to coordinate with the UP administration prior to the conduct of any operations inside the UP campuses, except during an emergency situation, hot pursuit operations or the leadership requested for their assistance.

Arevalo said the agreement defeats the purpose of having an arrest or search warrant as such an operation, when shared to others, may be detected by the target and may result in the failure of a legitimate operation.

He also cited the doctrine of qualified political agency, under which a Cabinet secretary is an alter ego of the President. In this case, the agreement was signed during the Fidel Ramos administration yet.

Arevalo echoed Lorenzana’s assurance that the UP community will not be suppressed and curtailed of their academic freedom which he defined by citing a Supreme Court ruling. (SunStar Philippines)