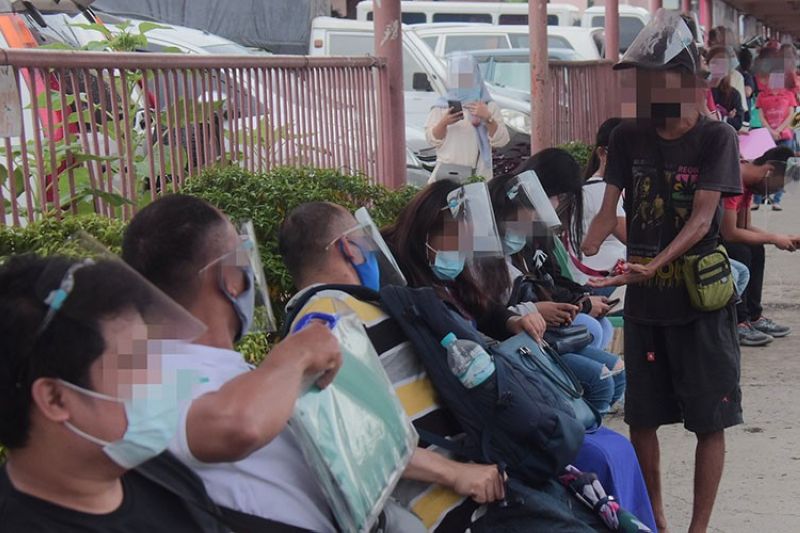 AS DAVAO City's Covid-19 death count nears 500, a high-ranking health official said the city had recorded the highest death rate in the first week of January 2021.

Davao City Covid-19 focal person Dr. Ashley Lopez said in a virtual presser on Wednesday, January 20, that in the first week of January alone, there were 55 recorded Covid-19 deaths in the city.

Lopez said this is the highest number of new deaths recorded in a week since the pandemic started in mid-March 2020, calling it the most unfortunate news in relation to the city's Covid-19 situation.

During this period, he said average deaths were between seven to nine, which is an increase from the usual four recorded deaths daily.

He said based on their reports, 95 percent of the recorded Covid-related deaths were "hospital deaths."

"Walay nangamatay sa dalan o kay nadugay og kuha. Majority naa ra sa ospital. Mostly mga tigulang (Nobody died along the road or because of delay in pick-up from their homes. Majority died in the hospital. Most of them are elderly). The affected age group is 60 and above, especially with co-morbidities," Lopez said in an interview.

He noted that most of those who died had complications like cardiovascular diseases, chronic kidney diseases and mostly undergoing dialysis treatments, seniors with diabetes, and cancer.

Lopez also noted that these fatalities all had weak resistance and were immuno-compromised.

The health official recently revealed that the surge of cases in the city is brought about by "post-Holiday," which started January 4.

Lopez said that based on the epidemic curve, the first week covering January 3 to 10 was the first morbidity week.

The post-holiday surge is expected to be felt until mid-February this year, based on the virus' incubation period.

Meanwhile, the official said Covid-19 recovery rate in the city continues to increase. As of 6 p.m. of January 19, it is now around 81 to 82 percent.

Overall, Lopez said the majority of confirmed positive patients are asymptomatic to mild cases and were contact-traced.