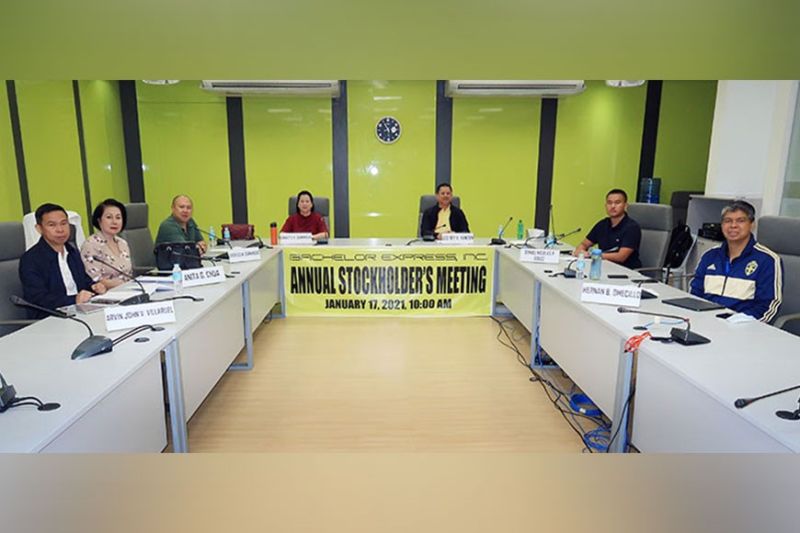 THE board of directors of Bachelor Express Inc. has re-elected Leo Rey Yanson as the chairman and president of the company during their annual stockholder's meeting on January 17.

The directors also re-appointed Olivia Yanson as the company's corporate secretary and treasurer.

Aside from the two Yansons, the board of the company for year 2021 to 2022 who were elected by the shareholders were Ginnette Dumancas, Charles Dumancas, Rey Ardo, Arvin John Villaruel, Anita Chua, Daniel Nicolas Golez, Hernan Omecillo, Danny Lorenton, and Alfredo Ligo Jr.

In a press statement, the company said that despite the proper and timely notice, stockholders Roy Yanson, Ricardo Yanson Jr., and Ma. Lourdes Celina Lopez were absent.

The company believed that Roy, Ricardo and Celina were unable to attend the meeting because they are currently in hiding abroad as "fugitives from justice" together with their sister Emily Yanson.

At present, there are several outstanding warrants of arrest against the four siblings, who are known as the Y4, for carnapping and grave coercion issued by courts of Bacolod City.

Warrants of arrest have also been issued against Emily for the crimes of perjury and falsification of Vallacar Transit Inc.'s General Information Sheets (GIS). Those same questionable GISes are the ones used by Y4 to claim their majority ownership of VTI, the company said.

Meanwhile, the re-elected chairman and president assured that the Bachelor Express Inc. will remain strong and resilient despite the challenges the company faced in 2020 due to the pandemic and will remain committed to providing the riding public with the most reliable means of transportation.