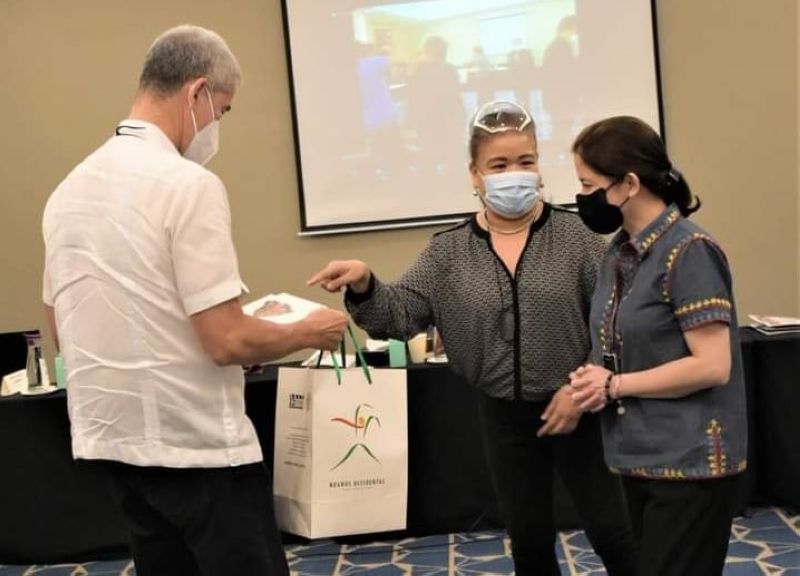 AMID the restrictions implemented in light of the coronavirus disease (Covid-19) threat, Negros Occidental, excluding Bacolod City, has catered to 135,425 tourists in 2020.

If based only on the province's tourist arrival since 2010, the figure is the lowest in the past 10 years.

Based on the data presented by Provincial Tourism Officer Jennylind Cordero during the stakeholders' meeting with Tourism Secretary Bernadette Romulo-Puyat at Seda Capitol Central on Tuesday, January 19, 2021, there were 858,995 tourists who stayed in various accommodation facilities in the province in 2019.

There was a significant drop of 723,570 or about 84 percent in the province's tourist arrival in 2020 compared to two years ago.

Cordero clarified that the tourist arrival data for 2020 is only partial, as only 14 of the 31 cities and towns in the province have submitted their reports.

Cordero said tourist arrival accounts for those who have stayed in accommodation facilities like hotels and resorts overnight.

"The major drop is mainly attributed to travel restrictions. When the flights were halted, the movement of tourists to the province also stopped," she said.

Though air travels have resumed during the second half of 2020, the number of flights was still limited and were mostly not for tourism-related purposes, the provincial tourism officer added.

The Sixth District had the most number of tourist arrival in the province in 2020 with 57,843.

This is composed of the Cities of Kabankalan and Sipalay, and the towns of Candoni, Ilog, Cuayan and Hinoba-an that host many tourist attractions like beach resorts.

The figure was also lower than 2.2-million day tourists who have visited the province in 2019.

The Fifth District, composed of Himamaylan City and towns of Binalbagan, Hinigaran, Isabela, La Castellana and Moises Padilla, had catered to the most number of day tourists for 2020 with 333,134.

"Many Negrenses really move around like when they go to the museums, ruins or resorts for day visits," Cordero said, adding that day visitors hugely contribute to the province's tourism receipts.

For foreign tourist arrival, Americans topped the number of visiting foreigners in Negros Occidental at 3,865.

During her presentation, Cordero also said most of the tourism establishments in the province have reopened.

Tourism accommodation facilities have started to operate again since the implementation of modified general community quarantine (MGCQ), catering to guests within the province at 50 percent capacity, she added.

Cordero also presented some measures to revitalize and enable the local tourism industry to recover from the negative impacts of the pandemic.

These include enhancement of the province's website making it interactive, information dissemination through digitally enhanced instructions, the establishment of data tracking system for incoming tourists with health declaration, and workable hotlines for tourist virtual instructions, among others.

They also plan to come up with online reservation and contactless check-in and check-out scheme for Mambukal Mountain Resort and Negros Residences, which are among the tourist destinations in the province.

Cordero said they are also banking on a stronger alliance of tourism officers in the province especially for better coordination with local government units (LGUs) and various agencies, and strict implementation of health standards, tourism awareness campaigns and new normal protocols.

She said Romulo-Puyat has approved through the Tourism Promotions Board the province's request for a registry application for tourism called Visita App like that of Baguio City.

"This app to be given to the province by the DOT is part of its recovery program," Cordero said.

"In tourism, we can do it as long as we follow health protocols like wearing of face shield and facemask as well as social distancing," she said, stressing that "it is a slow but sure approach -- preparing our service providers, workers and frontliners."

"We are pushing for local tourism which is the thrust of the national government," he said.

The governor said Romulo-Puyat had reminded sectors that health protocols should be in place in different tourism facilities in the province.

"She noted that the provincial government is strict in implementing the protocols," Lacson said.

He added that the tourism secretary also noticed that people are slowly going around and visiting tourism destinations with some getting filled up especially during weekends.