Kai in, Kobe out 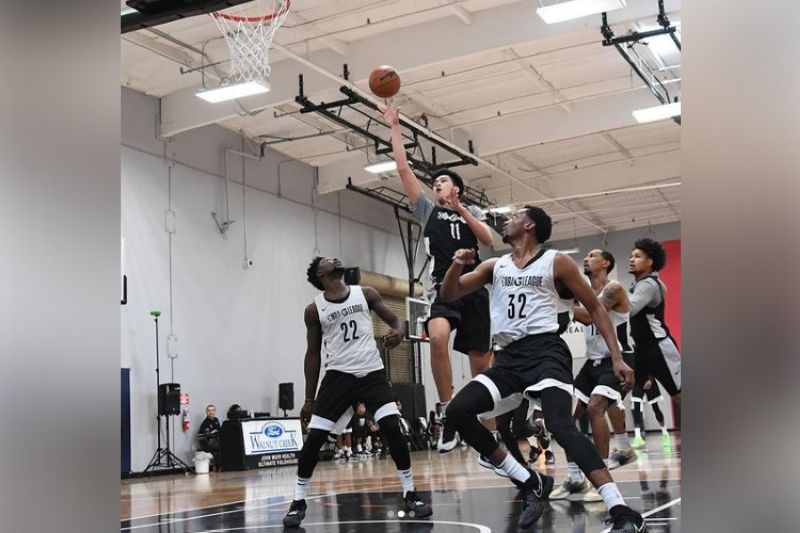 Kai Sotto (11) has committed to play for Gilas Pilipinas in the upcoming FIBA Asia qualifiers next month in Clark, Pampanga. (Kai Sotto Instagram)

NBA G-League Ignite’s Filipino big man Kai Sotto has committed to play for the Gilas Pilipinas in the third and final window of the 2021 FIBA Asia Cup qualifiers and is expected to arrive this week to join the national team’s preparations inside the bubble at the Inspire Sports Academy in Calamba, Laguna.

The 7-foot-3 center’s slated arrival will be a big boost for a Gilas squad that is expecting some tough resistance from longtime rivals, South Korea, which will be led by former PBA import Ricardo Ratcliffe. The national team will be playing two games against Korea and one against Indonesia at the Angeles University Foundation Sports Arena in Pampanga.

Sotto’s arrival will also cushion the blow of the absence of University of the Philippines star Kobe Paras, who reportedly is sitting the final window out due to “personal reasons.”

The 6-foot-6 wingman was a huge part of the team’s success against Thailand during the second window last year. Playing out of position at the power forward spot, Paras managed just 3.5 points, 5.5 rebounds, 2.0 assists, and 1.0 steals in the two-game series versus Thailand. His sacrifice, though, did not go unnoticed as Gilas program director Tab Baldwin heaped praise upon the second-generation cager.

“We played him out of position because we really needed his size and strength around the basket, and he wasn’t comfortable at all, so that was a burden he carried for us and never complained once,” said Baldwin during his appearance in Coaches Unfiltered. (JNP)