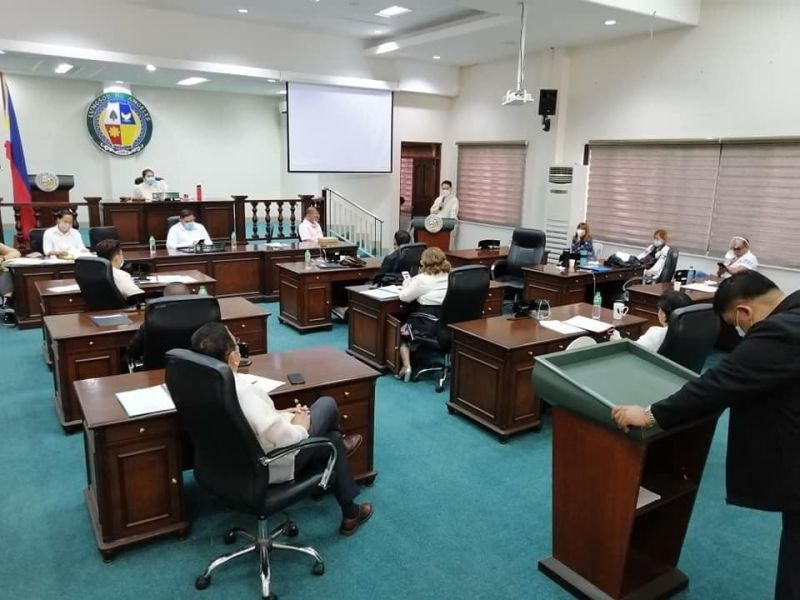 SESSION IN KAPAMPANGAN. Vice Mayor Vega-Cabigting expressed her full support for Mayor Carmelo 'Pogi' Lazatin, Jr.'s request for the City Council to hold a session at least once a month using Kapampangan and his initiative to reinforce the use of Kapampangan language, especially within City Hall offices and departments. (Angeles City Information Office)

ANGELES City Mayor Carmelo “Pogi” Lazatin, Jr. has requested the City Council to hold a session at least once a month using the Kapampangan language.

“I am humbly urging our Sangguniang Panglunsod, led by our Presiding Officer Vice Mayor Vicky Vega-Cabigting, to hold a session at least once a month using purely Kapampangan. I believe that the City Council is one with us in preserving our culture, especially in revitalizing our Amanung Sisuan,” Lazatin said.

In his letter addressed to Vega-Cabigting, he wrote that this initiative is to enforce Ordinance No. 424 series of 2017, an ordinance establishing Kapampangan as an official language of Angeles City and institutionalizing its use in all sectors, alongside existing national and official languages.

The said ordinance serves to promote the Kapampangan language throughout Angeles City and preserve and nurture its culture and heritage, especially its language.

“We are doing this to show our commitment and raise awareness in preserving the Kapampangan language. We are doing this for our next generation. We want to avoid our culture’s demise that is why we’re taking the necessary steps to make sure this doesn't happen,” Lazatin furthered.

Vega-Cabigting expressed her full support to Lazatin’s initiative to reinforce the use of Kapampangan language, especially within City Hall offices and departments.

(Let us support our good mayor in his initiative to use our mother tongue in the city, particularly in offices at City Hall.)

Kapampangan is one of the 171 indigenous living languages of the Philippines. It is currently the seventh-largest major language spoken in the country. It is affectionately called Ama?nung Si?suan or "language suckled from the mother’s breast" by the older generation. (PR)