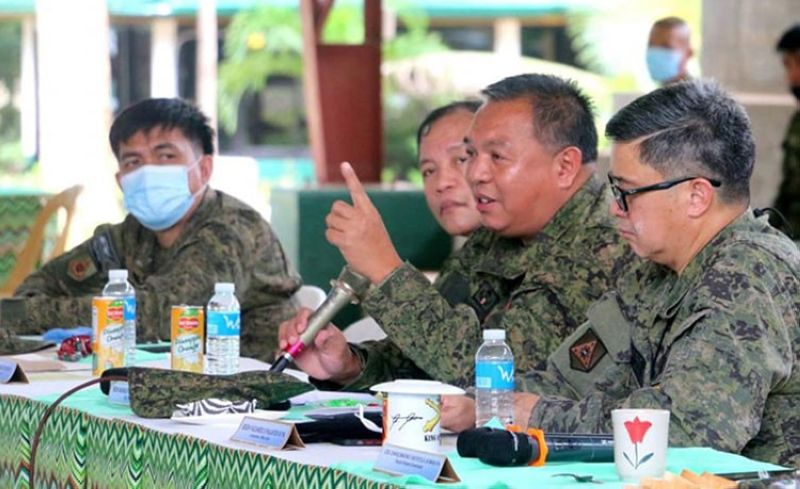 The 1ID said in a statement that the event was conceptualized after the cancellation of the traditional New Year's call that supposed to be attended by Brigade, Battalion and other Combat and Service Support commanders.

The 1ID said the first leg of the activity was held Monday, January 18, at the 102nd Infantry Brigade headquarters in Sanito village, Ipil, Zamboanga Sibugay with 65 junior officers occupying company commander and platoon leader positions in the different maneuver and combat support units in Zamboanga Peninsula, Misamis Occidental and Basilan provinces in attendance.

Eight outstanding officers were awarded with the command plaque for their meritorious achievements in combat for the 2020 during that January 18 event.

"This is a testament to the excellence that the Army embodies, as well as our continued commitment towards lasting peace," said Lieutenant Colonel Don Templonuevo, 44IB commander.

The second leg of the activity was held Wednesday, January 20, at the headquarters of the 1ID in Labangan, Zamboanga del Sur with 54 junior officers occupying the same positions from different units operating in Lanao del Sur and Lanao del Norte provinces in attendance.

The two activities were presided by Gaerlan on behalf of Ponio, 1ID commander.

Gaerlan congratulated the officers for their achievements in the year 2020.

Gaerlan further urged the junior officers to carry on, remain professional and sustain the momentum of accomplishments gained by the command. (SunStar Zamboanga)