Editorial: Drop by UP, Mr. Secretary 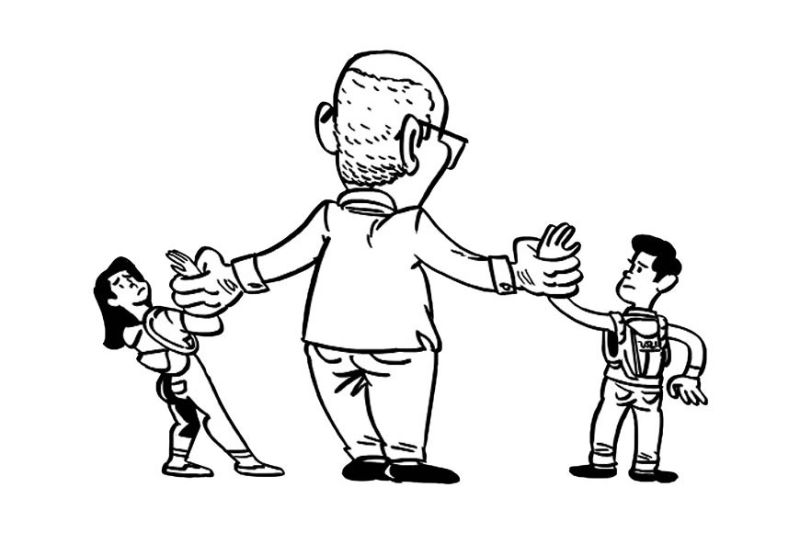 DEPARTMENT of National Defense (DND) Secretary Delfin Lorenzana’s unilateral decision to drop the University of the Philippines-DND Accord via a notice to UP President Danilo Concepcion Jr. pointed out a number of reasons for the abrogation, but it exposed Lorenzana’s rather simplistic view of the pact’s reason for being, that it was at the outset simply a “gesture of courtesy accorded to UP upon the University’s request.”

This is the same Lorenzana who was chief administrator of the Mindanao martial law and the same gentleman who confirmed in the House hearing in September last year that he signed a contract allowing Dito Telecommunity, which is 40 percent China owned, to install cell towers inside Philippine military camps.

The UP campuses, the secretary said in his letter to Concepcion, have become a breeding ground for communist rebels. “The times and circumstances have changed since the agreement was signed in 1989,” he said. “The agreement has become obsolete.” We read his aim as placing soldiers to man an academic space to protect students. But, really, how can these people even distinguish academic discourse from actual recruitment to the New People’s Army?

Next month, it will be the 50th anniversary of the “Diliman Commune,”—the nine-day barricade build-up and human chain by students pushing against the dictatorship’s forces in February 1971. Nothing could be more symbolic than that as far as shrouding the sanctity of academic space.

The fortification of this hard fought academic free space came in two waves of documented commitments—the Soto-Enrile agreement in 1981 and, finally, the UP-DND Accord of 1989. Contrary to Lorenzana’s rather facile take of the accord, these agreements were born out of a historical trauma, a way of safeguarding once and for all this sacred space of ideas, free from violence or coercion. That Lorenzana does not share the institutional memory that informs the accord makes his decision absolutely sacrilegious. The life of the university is far more infinite than his tenure as a coterminous Cabinet secretary. He’ll be bowing out of a relevant career soon; he should be humbled to know that the university will outlive him.

A soldier most of his life, Lorenzana had been lettered for far too long to the ways of the barracks where conformity and obedience are inviolable. He must see that the UP life, or those in any institution of higher learning, flourishes in critical thinking. That is the only thing that academic institutions endorse—a discerning mind and a soul sensitive to society. We trust that later the weaning will set these young minds to higher aspirations—be it a comfortable life, a life in service to society. In whatever way they carry their dreams out are independent decisions.

Lorenzana’s supporters cite Department of Education’s “National Policy Framework on Learners and Schools as Zones of Peace,” a memo urging the education sector to ensure that the schools are safe, inclusive, conflict-sensitive and must be peace advocates. The key word, however, is “peace.”

The framework provides that educational institutions must discuss peace concepts such as human rights, social justice, common humanity, critical thinking, empathy, compassion. A simple look-see by Lorenzana on how Iskos and Iskas go about their day in class might just amuse the secretary.