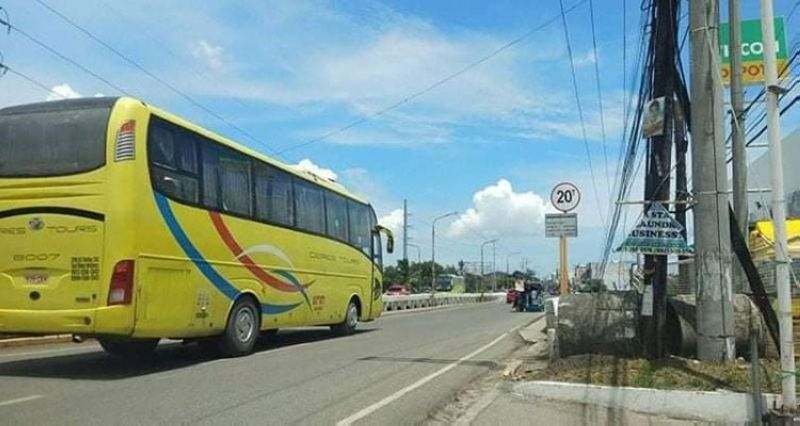 NEGROS. The Vallacar Transit Inc. (VTI), operator of Ceres Liner buses, calls for a more peaceful channel of airing concerns from its workers following the one-day strike staged by at least 20 drivers and conductors in Victorias City on January 21, 2021. (File photo)

AT LEAST 20 drivers and conductors of Ceres buses plying Bacolod-Victorias route have aired some demands to the company by holding a one-day strike Thursday, January 21.

The workers are asking the management of the Vallacar Transit Inc. (VTI) to revert the P56 per round trip allowance, which for them is a big help in sustaining their daily needs.

Taking half of the amount is a big loss to them and their families, the protesters said.

They are also calling on the management to be transparent by reflecting in their payslips their "porsyento" (share) in every trip.

Other demands aired included clarifications on 30 percent reduction in their vacation leave incentives and the process on availing the six-day bonus.

"Amid the ongoing pandemic, we continue to risk our health in order to provide the needs of our families," the workers said, adding that "thus, we, drivers and conductors, are in unity to raise our good intentions on these issues."

Confirming the strike staged by some of their workers, VTI Legal and Media Relations Officer Jade Marquez-Seballos said the protest has not interrupted the trips.

Citing the statement of the management, Marquez-Seballos explained that the decision to reduce by 50 percent the tripping allowance starting this month was made in consultation with the union leaders.

"This tripping allowance was given unilaterally last year as an act of generosity by the management," she said, adding that "while some factions of the Victorias [route] drivers and conductors may not like the decision, most of the company drivers and conductors understand that, as members of one family, they need to do whatever they can."

The VTI official added that during the labor-management meeting, workers were made to understand that this is a temporary situation.

Management undertook to restore this benefit by the end of March this year, she said.

On the transparency concern raised by the protesters, the firm said every benefit and deduction is all reflected in their payslips.

Should any drivers or conductors wish to be clarified, they can always go to their union officers for explanation.

In fact, the Bacolod North Branch finance manager is also available and willing to explain, the management said.

"We ask these drivers and conductors to pursue a more peaceful channel rather than resorting to an illegal strike and coercing some of their fellow drivers to stop driving," it said, adding that "the actions of these disgruntled few only hurt the riding public who, even now, are suffering the inconvenience of having reduced volume of buses due to the pandemic."

The VTI is one of the subsidiaries of the Yanson Group of Bus Companies, the largest bus empire in the country.

The bus giant, however, said the effects of coronavirus disease (Covid-19) have caused a terrible blow to almost all industries including transportation.

The management said that VTI, until now, cannot even fully serve most areas in its line of operations due to quarantine protocols.

The existing health safety protocols also mean that only a few of the commuting public can be accommodated in a bus.

Despite this challenge, the company said it has always strived to provide to all its employees.

"With the widespread news of various businesses folding and filing for bankruptcy, the management wants this company to survive the pandemic in order to continue providing employment to thousands of people and their families," it said.

The firm added "this involves making difficult decisions so that everyone can stay afloat."

"We know that what we asked from our drivers and conductors require great sacrifice on their part," the VTI said.

But, everyone in the company did their share as well with all employees seeing significant reduction of work days and substantial reduction of salaries.

This is necessary if we want our company to survive, it added.