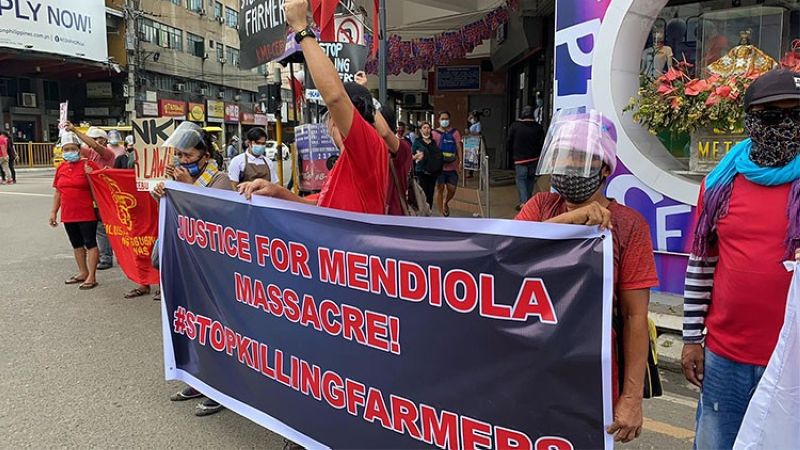 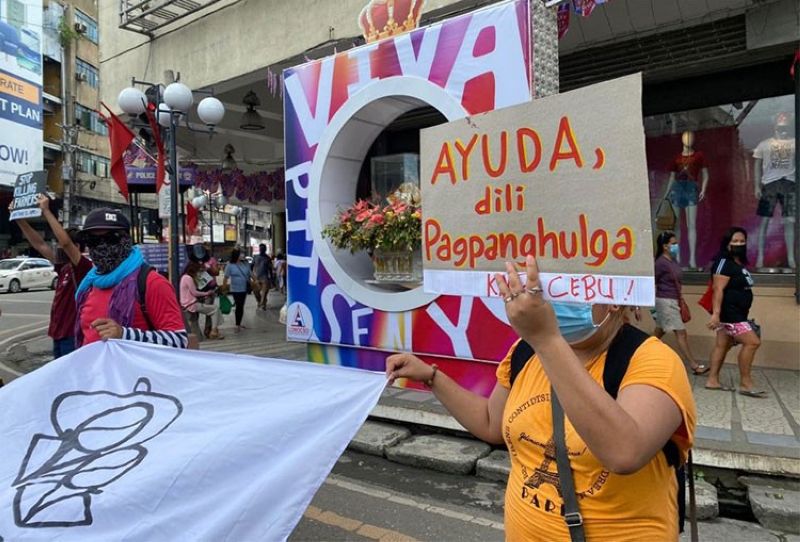 THE Cebu chapter of the Kilusang Magbubukid ng Pilipinas (KMP) led other progressive groups and launched a protest on Colon Street Friday morning, January 22, to remember the 34th anniversary of the Mendiola Massacre.

Cebuano peasants were joined by workers and the youth to decry 34 years of injustice since the massacre, "a fate that has only worsened under President Rodrigo Duterte’s crackdown on vocal farmers and their communities in the countryside."

Since 2016 alone, 305 farmers were killed in relation to land ownership disputes. In December 2020, nine indigenous Tumandok leaders were massacred by simultaneous, targeted police operations in Panay island, the group said.

Abasolo and the rest of the protesters slammed continued cases of land use conversion and displacement of farmers, human rights abuse in rural communities, and the lack of government aid toward farmers most affected by the socioeconomic repercussions of the pandemic.

But half-way to the program, Cebu City police blocked the protesters and rang their siren to disrupt the attendees and passersby.

On this day in 1987, police and military forces opened fire on peaceful farmers who were protesting in Mendiola for the land reforms President Corazon Aquino promised during the fledgling democracy. At least 13 farmers lost their lives in the scuffle.

"No provision in the Constitution justifies circumscription to the people’s rights to assembly and free speech. The Duterte administration should, for once, dismiss greedy corporate agenda and rather listen to the cry of the masses for genuine agrarian reform and repeal of the draconian Anti-Terrorism Act, which has only inflicted trumped-up charges against farmers and indigenous natives in the countryside," it said in a statement.

"A government that favors foreign interests over its own and uses state resources to oppress the poor, the marginalized and their critical defenders, reeks of desperation in the face of growing public discontent. When avenue for dissent is lost, this will only push more and more peasants to the streets or toward higher forms of militancy," KMP Cebu added. (PR)