No major damage in M7.1 quake 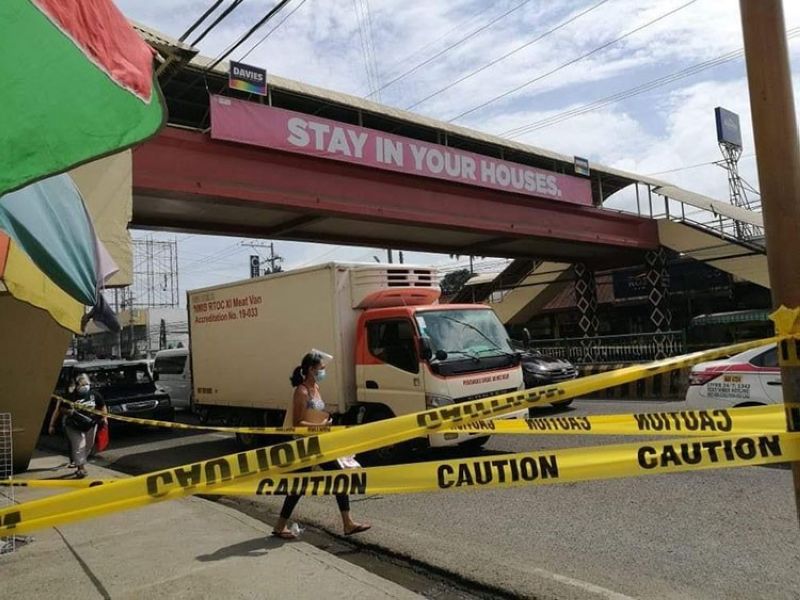 NO MAJOR damage was reported during the recent magnitude 7.1 earthquake that shook Davao Occidental and some parts of Mindanao and the Visayas Thursday evening, January 21, 2021, the Office of Civil Defense-Davao Region (OCD-Davao) reported.

OCD-Davao Information Officer Angie Payosalan told SunStar Davao that based on their rapid assessment per affected local government units in the region as of Friday afternoon, January 22, they have not received any major damage or casualties caused by the recent earthquake.

She, however, said they have received reports that visible cracks are seen in the overpass bridge structure in Matina Crossing, Davao City.

The Davao City Transport and Traffic Management Office personnel cordoned the perimeters of the overpass as it was deemed impassable.

Another school in the city was also reported to show visible cracks but she said these reports are still being validated and are not yet confirmed whether these have been caused by the earthquake.

"Right now, dili pa namo siya ma-consider nga (we cannot consider it) officially [that it was] caused by the earthquake," Payosalan said.

According to the Philippine Institute of Volcanology and Seismology (Phivolcs), the tectonic earthquake struck at 8:23 p.m. The epicenter was located 244 kilometers southeast of Jose Abad Santos. It had a depth of 111 kilometers. The earthquake's tremor was felt in several areas.

Majority of the areas in Davao Region were reported to have felt the Intensity IV of the earthquake.

"We are okay here. No damages reported as of yet. Will update. Thanks for asking," Joyce said.

While she said magnitude 7.1 is, by far, the strongest quake felt in the region, Payosalan said in terms of intensity, December 2019 is still stronger.

"On the intensity, mas kusog gihapon si 2019 kay mas dako man ang (the 2019 earthquake is still the strongest because it has greater) damages caused," she said.

Payosalan said several adjustments had to be made in responding to disasters such as flood, landslide, and earthquakes, as the country is still grappling from the Covid-19 pandemic.

The official said they already conducted several earthquake drills and evacuation exercises under the "new normal" to ensure that minimum health protocols are still observed.

"Especially in the evacuation centers, we make sure that particular area or facilities can accommodate evacuees, to ensure that physical distancing will be properly observed," Payosalan said.

In the event of a disaster, she said face masks and personal protective equipment are on standby for evacuees and respondents, respectively.

The current pandemic is a challenge in responding to these situations, she said, as protocols would most likely not be observed, which might even be cause of transmission.

Payosalan, meanwhile, reminded the public to duck, cover and hold in times of earthquake, but to also not forget the presence of the coronavirus.

Aside from preparing basic goods and other personal documents on their "go bags", she also reminded the public to spare some face masks, and alcohol as an additional item.

Nothing to worry about

Meanwhile, Philippine Institute of Volcanology and Seismology (Phivolcs) Director Renato Solidum Jr. said there is nothing to worry about the magnitude 7.1 quake that jolted Davao Occidental on the night of January 21.

"Yes (there is nothing to worry about it). It has ended and it did not cause damage, and there was no tsunami," he said in a Philippine News Agency report on Friday.

The magnitude 7.1 quake, considered a major earthquake, was deep at 111 km. below surface, and more than 200 km. southeast of Davao Occidental.

"Hence, there was no tsunami threat as typically, earthquake generating tsunamis are less than 50 km. in depth. The earthquake was also not damaging as the shaking intensity resulting from the earthquake was not destructive due to the depth and distance to land," Solidum explained.

He said the January 21 earthquake was most likely generated by the movement along the Philippine Trench.

Even if the quake was not destructive, Solidum advises the public to be prepared for strong earthquakes.

"Residents in an earthquake-prone area should prepare for strong earthquakes and tsunamis (for those in coastal areas). Buildings should conform to building and structural codes," he noted.

"In many cases, the aftershocks can be very small," he said.

Meanwhile, Solidum said this was not the first time a magnitude 7 earthquake hit the country in recent years.

"North of the epicenter last night, along the Philippine Trench, a magnitude 7.2 earthquake happened in December 2018. In 2017, there was also a major earthquake offshore of Sarangani province," he said.

A magnitude 7.2 quake also struck 53 km. southwest of Sarangani in Davao Occidental in 2017. (With PNA)