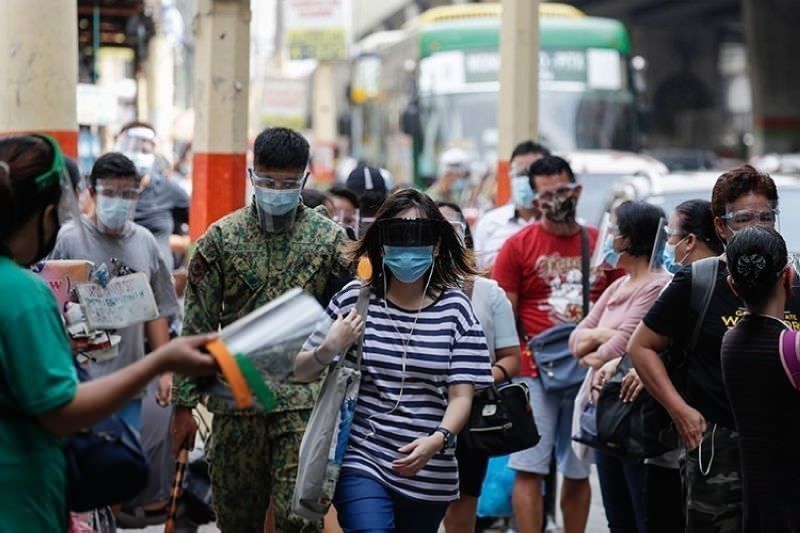 In a statement issued late Friday night, the Department of Health (DOH) said the B.1.1.7 variant has been detected by the Philippine Genome Center (PGC) in 16 additional Covid-19 cases.

"Of the additional 16 cases with B.1.1.7 variant detected, three have already recovered, while 13 are active cases, three of which are asymptomatic and 10 are exhibiting mild symptoms," said the DOH.

Records show that 12 of the additional cases are from Bontoc, Mountain Province, with seven being male and five are female.

The DOH said contact tracing efforts were immediately initiated to contain the spread of the infection, while investigation is also underway to identify the patients' exposure and travel histories.

The other two B.1.1.7 variant cases are local cases detected in La Trinidad, Benguet and in Calamba City, Laguna, with both patients having no known contact to any confirmed case or travel history from outside the country.

One is currently admitted in a Benguet Temporary Treatment and Monitoring Facility, while the 23-year-old male in Laguna has been discharged after receiving a negative result on January 16.

The DOH also said that the last two patients were found to be returning overseas Filipinos (ROFs), who arrived on December 29, 2020 from Lebanon, a country included in the travel restrictions, on board Philippine Airlines Flight PR 8661.

The first case is a 64-year-old female, whose indicated local address is Jaro, Iloilo City, but was isolated in San Juan City, and discharged on January 9.

The other patient is a 47-year-old Filipina, whose reported local address is Binangonan, Rizal, but was quarantined in New Clark City, and discharged from isolation on January 13.

Earlier this month, a 29-year-old male from Quezon City tested positive for Covid-19, as well as for the UK variant, upon his arrival from Dubai.

The index case for Covid-19 UK variant in the Philippines has since been tested negative for the novel virus.

The DOH, then, strongly urged all local government units to help ensure strict monitoring and compliance to quarantine protocols in their respective localities.

It also appealed to the general public to strictly adhere to the existing minimum public health standards.

"Non-adherence and incorrect adherence to minimum public health standards are the drivers of transmission and mutation of the virus," the DOH said. (HDT/SunStar Philippines)