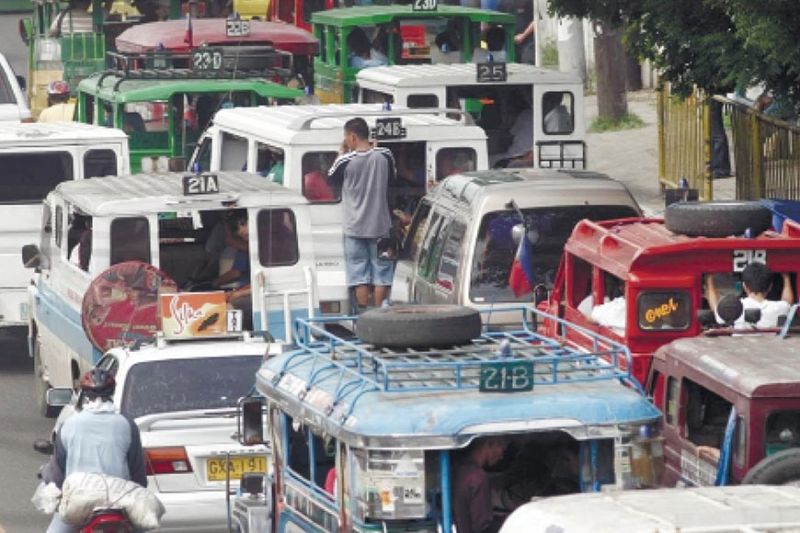 NOT ALLOWED. In pre-Covid days, traditional public utility jeepneys from Mandaue City traveled to the Ayala Center Cebu, Gaisano Country Mall and Manalili St. and back. Today, drivers risk apprehension and a citation ticket if they are caught entering Cebu City. (SunStar file)

On Wednesday, Jan. 20, 2021, the council approved the resolution authored by City Councilor Jimmy Lumapas, chairman of the committee on transportation, requesting Cebu City to let TPUJs from Mandaue resume their routes to the Ayala Center Cebu, Gaisano Country Mall and Manalili St.

Lumapas will personally deliver the resolution to the Cebu City Council next week.

According to his chief of staff Hyll Retuya, the Mandaue Transport Cooperative has informed them that some of its members were apprehended and issued citations upon entry to Cebu City, which has limited the operation of TPUJs.

He said some of the apprehended TPUJ drivers were forced to surrender their license.

This was why Lumapas came up with the resolution, adding that some of the drivers who received a citation from Cebu City have pending violations in Mandaue City.

Of the around 100 TPUJs that used to travel to Cebu City before the pandemic struck in March, only 20 are operating, Retuya said.

In a separate interview, Tantan Arquillano, a TPUJ driver for the 20B (Mandaue-Ayala) route, said some of his colleagues have decided not to get back on the road because they are afraid of being apprehended.

Eddie Cutiongco, a TPUJ driver for the 21D (Mandaue-Manalili) route, said many of them are forced to make a U-turn once they get to the Cebu City border, much to the consternation of their passengers. (KFD)