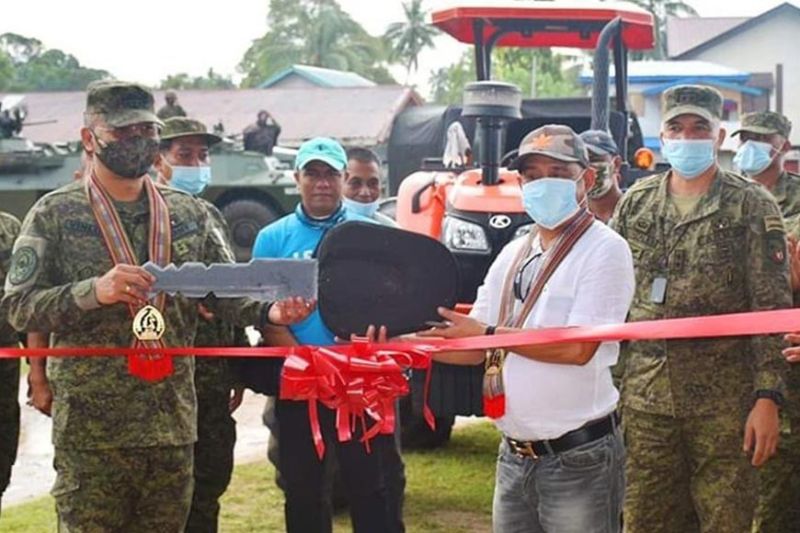 THE United Nations Development Programme (UNDP) has donated a farm tractor in support of the government’s Balik-Barangay Program in Patikul, Sulu.

Lieutenant General Corleto Vinluan, Jr., commander of the Western Mindanao Command (Westmincom), on Saturday, January 23, facilitated the turnover of the tractor to the local government of Patikul.

“This support to the returning Internally Displaced Persons in Barangay Tugas and other battle-stricken communities in Patikul is generally aimed at providing the IDPs (internally displaced persons) with the capacity to be able to recover through the setting up of a productive agricultural area for the villages,” Vinluan said.

Vinluan said the village of Tugas in Patikul is one of the most remote villages of the municipality, a known stronghold of the Islamic State for Iraq and Syria (Isis)-affiliated Abu Sayyaf Group.

He said the village has seen its share of fierce clashes between the security sector and the members of the said terrorist group.

The military declared Tugas village as free from the control and presence of the Abu Sayyaf bandits mid-year of 2020.

Through the concerted effort of the Armed Forces of the Philippines (AFP), the local government, and other stakeholders, a total of 183 families were brought back to Tugas village after three years of being internally displaced.

Vinluan said key agencies of government are now working on the rehabilitation. The donation of the tractor was to provide the returning population with the needed support for them to restart their lives.

The UNDP is the United Nation’s global development agency. It promotes technical and investment cooperation and advocates for change and helps people build a better life for themselves. (SunStar Zamboanga)