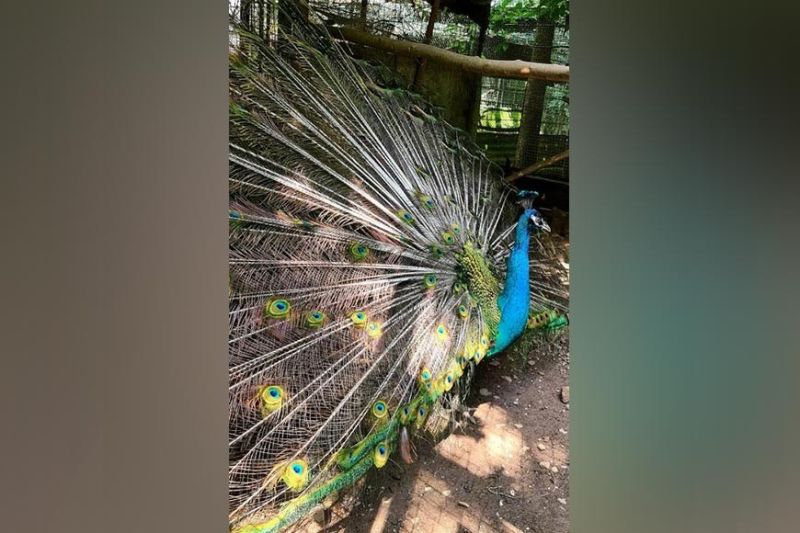 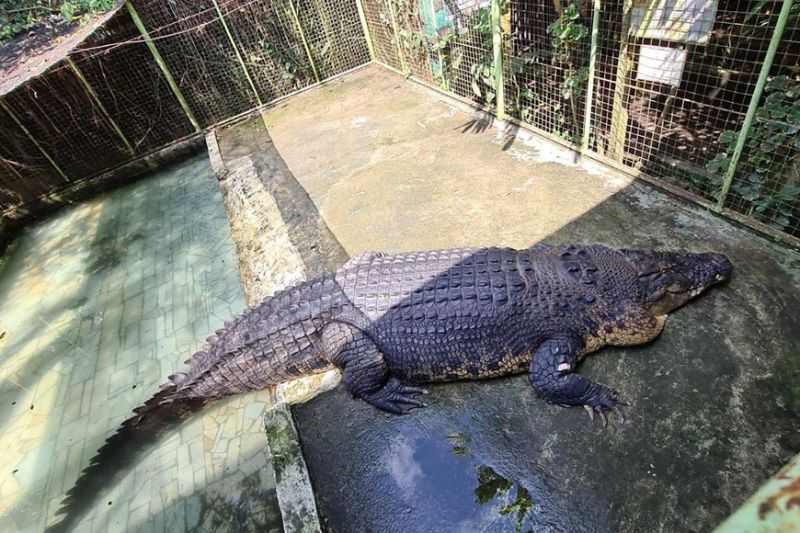 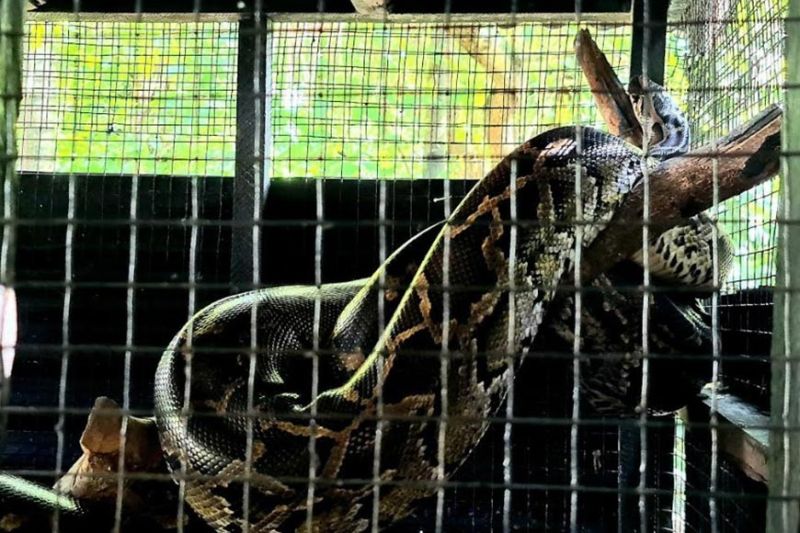 LA CASTELLANA. The red-tailed boa twirls itself in timber inside the cage. (Photo by Carla N. Cañet) 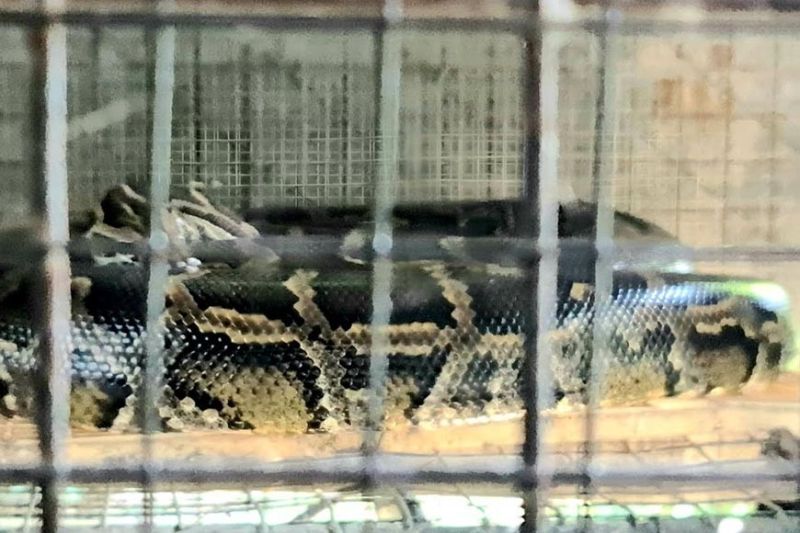 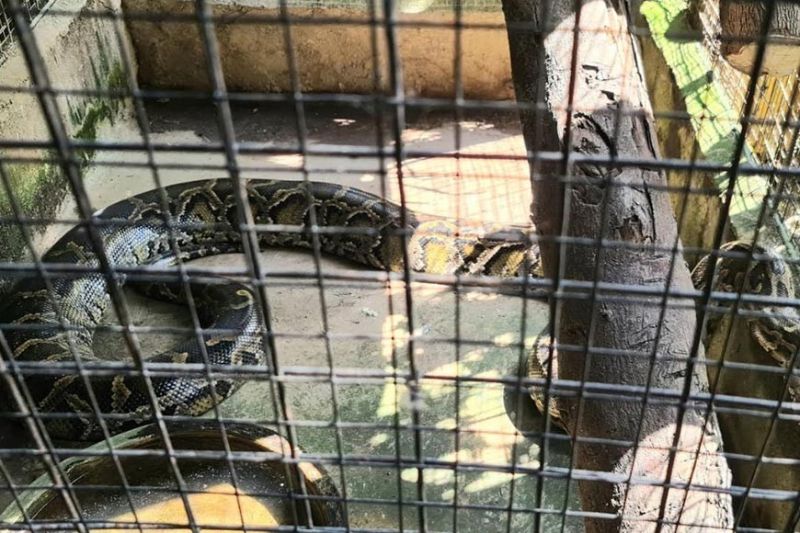 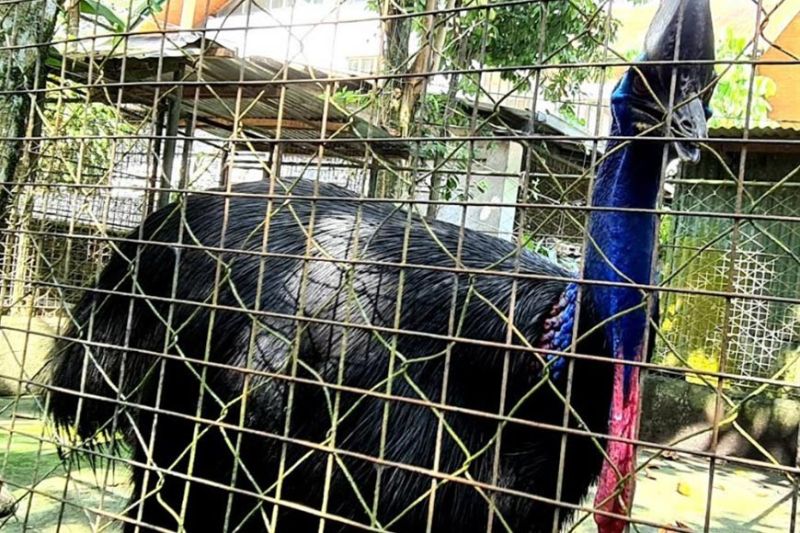 LA CASTELLANA. The double-wattled cassowary ostrich is considered a solitary bird that eats small animals and fruits and can be found in the Eltoro Zoo. (Photo by Carla N. Cañet) 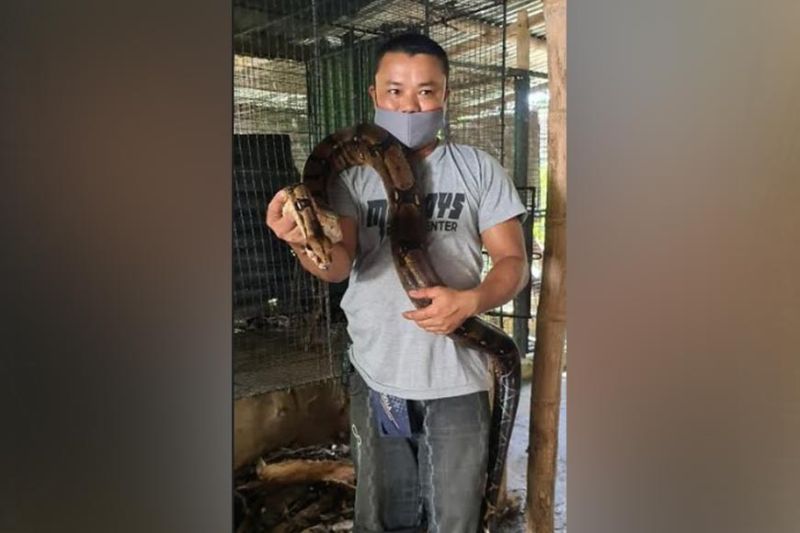 LA CASTELLANA. Salvador carries this red-tailed boa to show how comfortable it is to hold. (Photo by Carla N. Cañet)

Various kinds of animals from crocodiles, snakes, birds, turtles, fishes, monkeys, and cats, among others are being cared for at the said zoo.

While the young generation is well informed virtually about the existence of these animals, a first-hand experience will surely be fun and thrilling.

Even adults would feel the elation seeing these animals like the crocodile named Bong just lying flatly inside its cage and would only respond to the outside if it's already eating time.

The huge creature can engulf a whole chicken or two as his meal and then back to his sedentary condition after consuming his food.

It doesn't care if people are coming to see it for photo opportunities and it is unmindful of all the euphoric comments and remarks from people who watch it in awe.

Caretaker Salvador said, Bong the crocodile is 25 years old now and weighs heavily. Its skin is so hard and thick. But it is just dozing most of the time.

A peacock is also a sight inside the zoo. When one passes its cage, it unwraps its wings and showcases its enormous feathers.

Snakes in all sizes and forms are also a spectacle inside the zoo. Those who have the guts to carry one can have the chance to have it and could be the best subject for a photo opportunity.

But one should have the courage to do it as not all are brave enough to try.

But Salvador, the caretaker makes sure that those who visit the zoo will enjoy it by having a direct experience seeing these animals.

The Eltoro is owned by Mr. Felix "Elik" Divino who has a passion for raising and conserving these animals.

Under the new normal, the zoo can be enjoyed as long as those visiting the place should observe the minimum health protocol.*