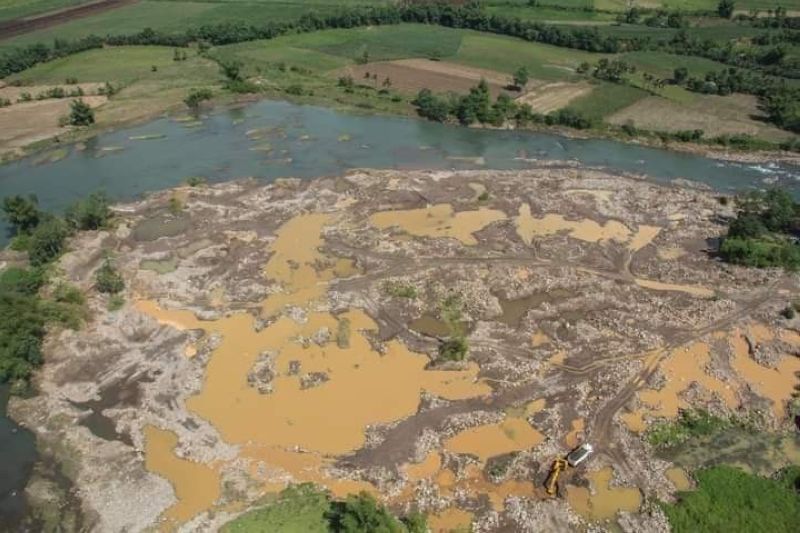 NEGROS OCCIDENTAL. Aerial shot of some of the tributaries in northern Negros Occidental which were assessed following the recent massive flooding in the province. (OCD-Western Visayas photo)

THOUGH they are backing road, river and creek clearing activities in Negros Occidental, businessmen have urged local government units (LGUs) in the province to be mindful of environment protection and conservation.

Carbon said river and creek clearing as flash flood and landslide prevention measure, on the other hand, saves lives.

It also prevents destruction of livelihoods including crops and livestock animals, as well properties, he said.

"But, we should be mindful of the basic and vital concepts on environmental preservation and conservation," Carbon said, stressing that "we should improve our knowledge of the environment."

Some LGUs in the province, especially in the north, have started dredging activities and other clearing works following the massive flooding incidents earlier this month.

The recent flash floods hit thousands of families and left at least P80 million worth of damage and losses to the agro-fishery sector including livestock and poultry animals.

"Let's try to learn some lessons from this [flooding] in the northern Negros Occidental," Carbon said.