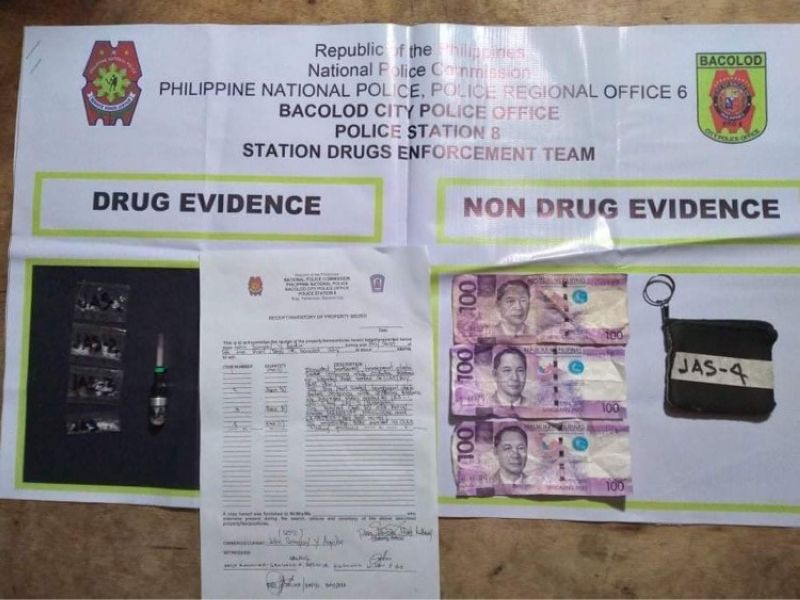 Police identified the suspects as John Sumpay, 30, Glenn Sumpay, 38 and Rode Dillarna, 37, all residents of Barangay 14.

Police Lieutenant Colonel Ariel Pico, spokesperson of Bacolod City Police Office (BCPO), said the suspects were arrested after they sold a sachet of shabu to a police undercover around 12:40 a.m.

Police recovered from the suspects' possession four sachets of shabu weighing 1.5 grams with an estimated market value of P10,300, the P300 marked money and drug paraphernalia.

Pico said the suspects were under surveillance for almost a month before their arrest.

The suspects were detained at the custodial facility of Police Station 8. They will be charged for violation of Republic Act 9165 or the Comprehensive Dangerous Drugs Act of 2002.