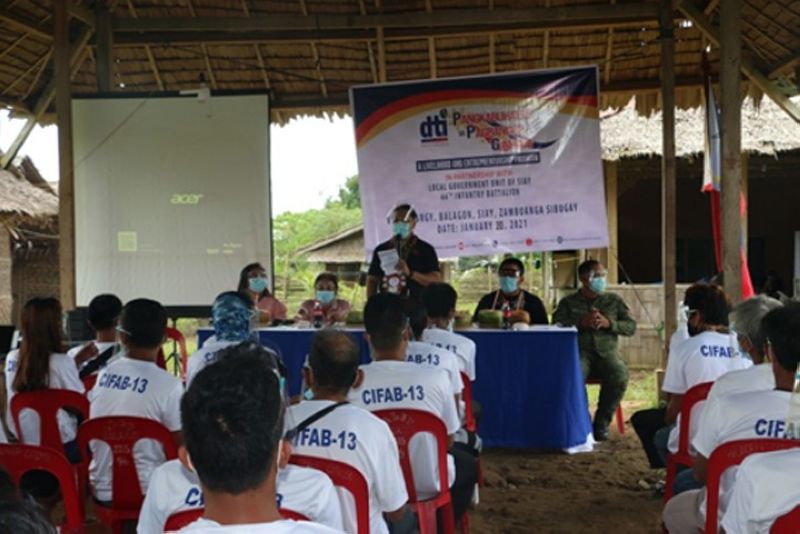 THIRTY-EIGHT former members of the New People’s Army (NPA) have received P10,000 livelihood starter kit each or a total of P380,000 to earn a living and start a new life.

Different government agencies, spearheaded by the Department of Trade and Industry (DTI), work hand-in-hand to give benefits and privileges to the former NPA members who had surrendered and returned to the folds of the law in support to Executive Order No. 70 (Whole of Nation Approach) to end Local Communist Armed Conflict.

Templonuevo said the livelihood starter kits, which are under the Pangkabuhayan sa Pagbangon at Ginhawa (PPG) Program, were distributed during an on-site awarding last week in Balagon village, Siay, Zamboanga Sibugay.

Templonuevo said the recipients, who comprised of the second batch, are from the villages of New Tampilisan and Lacnapan, Kabasalan; Guinoman, and Diplahan, Imelda; and, Titay, all of Zamboanga Sibugay.

He said the inter-agency intervention will serve as basis to convince the remaining members of the NPA to surrender and return to the arms of their loved ones. (SunStar Zamboanga)