Metro to build distribution center in Laguna, not in Cebu 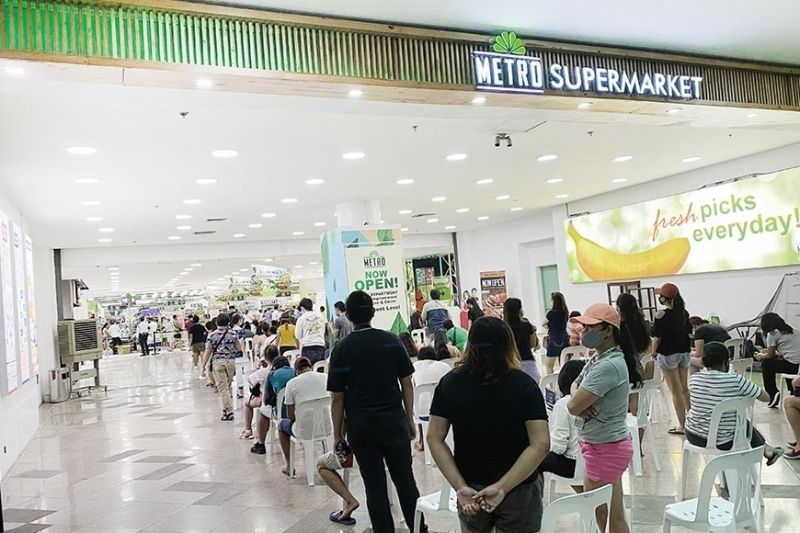 CEBU. In this photo taken in May 2020, customers queue for their turn to shop in the Metro Supermarket in Ayala Center Cebu. (File)

Instead, it will build the facility in Sta. Rosa City, Laguna using P714.91 million from the company’s initial public offering (IPO) proceeds.

In a disclosure on Monday, Jan. 25, 2021, the company said this was approved by the board of directors during its meeting on Jan. 22.

MRSGI noted an increasing requirement for warehousing and logistics in Luzon, which can no longer be served by its leased property in Silangan, Canlubang, Laguna.

There is also no assurance that the lease contract for its facility in Laguna would be renewed under favorable terms in the long term.

The company said “it would be beneficial and advantageous” for it to build the facility in Laguna.

Their warehousing and logistics requirement in Cebu, meanwhile, will continue to be served by existing facilities.

MRSGI raised P776.6 million from its IPO on Nov. 24, 2015. This was allocated for logistics and construction of a distribution center in Cebu.

Of the amount, the company said it has utilized nearly P61.7 million, leaving a balance of P714.91 million.

In the same meeting, the board also approved a share buy-back program worth P300 million aimed at enhancing shareholder value amid the coronavirus disease 2019 (Covid-19) pandemic.

This will also pave the way for an executive stock option plan.

The P300-million fund for the program will be taken from the company’s existing cash, supported by unrestricted retained earnings.

Vicsal Development Corporation, the controlling stockholder of MRSGI, will not participate in the program.

The program will also not involve any active and widespread solicitation from the stockholders.

It will be implemented in the open market through the trading facilities of the Philippine Stock Exchange.

The company said the program will not affect any of its existing and prospective projects. (Marites Villamor-Ilano / SunStar Philippines)