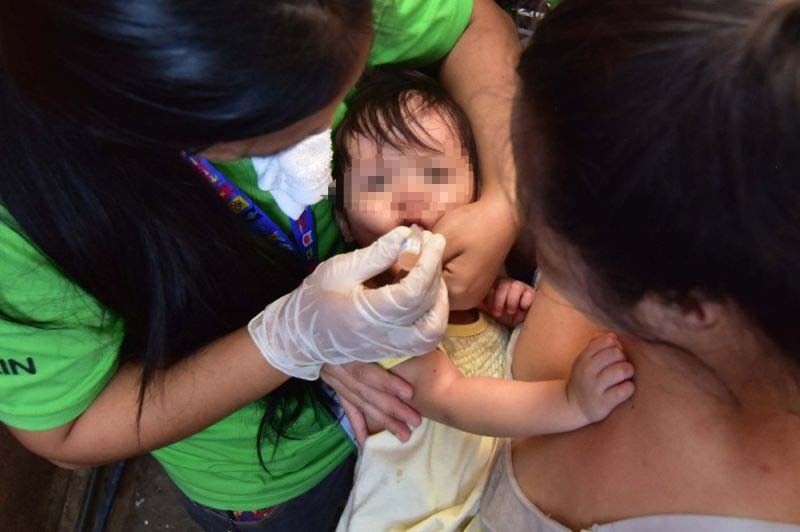 THE Department of Health in Central Visayas (DOH 7) is targeting toimmunize more than 1.5 million children against preventable diseases such as measles, polio and rubella.

The SIA Phase 2 will be launched in Consolacion, Cebu on Jan. 29, Albito told reporters during a virtual briefing on Monday, Jan. 25.

Albito said they are targeting to immunize 815,641 children ages zero to 59 months against poliomyelitis and another 693,210 children ages nine to 59-months-old against measles and rubella.

Albito said the supplemental immunization is intended to complement and not replace routine immunization.

She said the objective of these campaigns is to catch children who are either non-immunized or only partially protected against these diseases and to boost immunity in those who have already been vaccinated.

“This way, every child in the most susceptible age group, regardless of previous immunization status is protected (and) at the same time to interrupt the transmission and circulation of the virus,” Albito said.

Poliomyelitis or “polio” is a viral disease which invades the nervous system and can cause total paralysis. It is transmitted person-to-person and is spread mainly through the fecal-oral route and can spread through contaminated water or food.

The World Health Organization recommends that countries conduct surveillance for cases of Acute flaccid paralysis (AFP) as a means to eradicate polio.

AFP is a sudden onset of paralysis or weakness in any part of the body of a child below 15 years old.

Albito recalled that the country has declared polio free in the early 2000; however, in September 2019, the DOH declared an outbreak in the country after it confirmed an AFP case in a three-year-old girl from Lanao del Sur who has now recovered, but still has residual paralysis.

Of the 58 cases, 54 cases are classified as non-polio AFP cases while four are still awaiting classification. No deaths were attributed to polio as of last year.

This is 41.4 percent higher compared to 41 cases and two deaths recorded on the same period of 2019.

Measles is a highly contagious viral disease, transmitted via droplets from the nose, mouth or throat of infected persons.

Albito said there has been a decline of cases by more than 50 percent from 2014 to 2018, until the DOH declared a measles outbreak in five regions of the country, including Central Visayas, in early 2019.