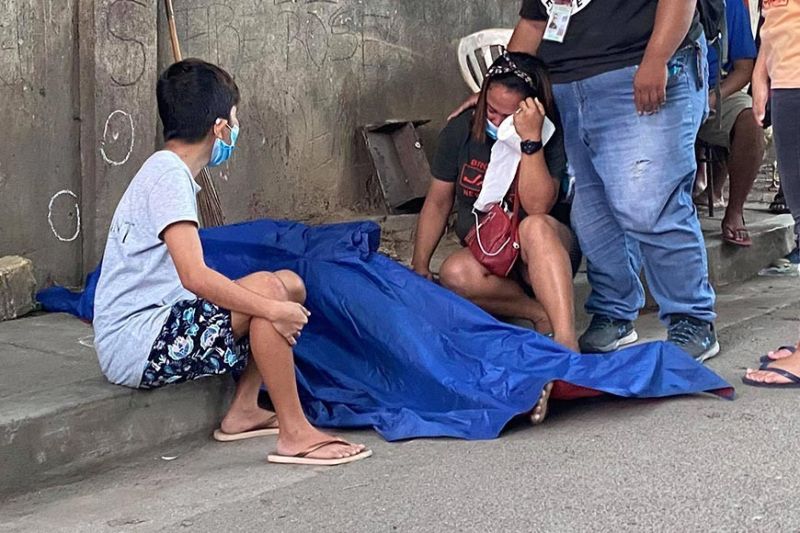 A FORMER police officer was killed when he was shot by men on board two motorcycles in Sitio Bliss, Barangay Labangon, Cebu City past 3 p.m. Monday, Jan. 25, 2021.

The incident took place a few steps from the Labangon Police Station and a stone’s throw from the ancestral house of the victim, who was identified as PCpl. Rodel Demaangay.

The 40-year-old Demaangay who resided in Sitio Nalsobe in the interior portion of the barangay, had been assigned in the Autonomous Region in Muslim Mindanao (Armm). He returned to Cebu last year.

Unknown to his family, he had been dismissed from the service for three counts of grave misconduct, effective June 25, 2020.

MSgt. Stephen Sefuesca, who is in charge of the case, said the victim was sitting on a chair across his ancestral house when two motorcycles suddenly pulled up in front of him.

The passengers shot him several times, he said.

Police believe the bullet to the head was what killed Demaangay, who wasn’t able to shoot back.

Scene of the Crime Operatives found 30 bullets at the scene. Twenty-two of them were empty shells from a .45 pistol and a 9mm. They also found six live ammunition, including two that were deformed. They also recovered the victim’s firearm.

As for the motive for the attack, Sefuesca said they are looking at two angles.

Demaangay might have been killed because of a personal grudge or it was related to his job as a former police officer, he said.

“You all know that in our line of work, we make a lot of enemies. So we are considering that angle,” Sefuesca said in Cebuano.

Demaangay’s wife Venus told the Labangon Police Station that her husband had been assigned at the Special Weapon and Tactics of the Cebu City Police Office before he was transferred to the Armm.

“We had a hard time talking to his wife. Understandably, she is still in shock. We couldn’t ask her when he was assigned to the Armm,” Sefuesca said in Cebuano.

She later begged off from giving an interview, he added. (BBT / PJB)