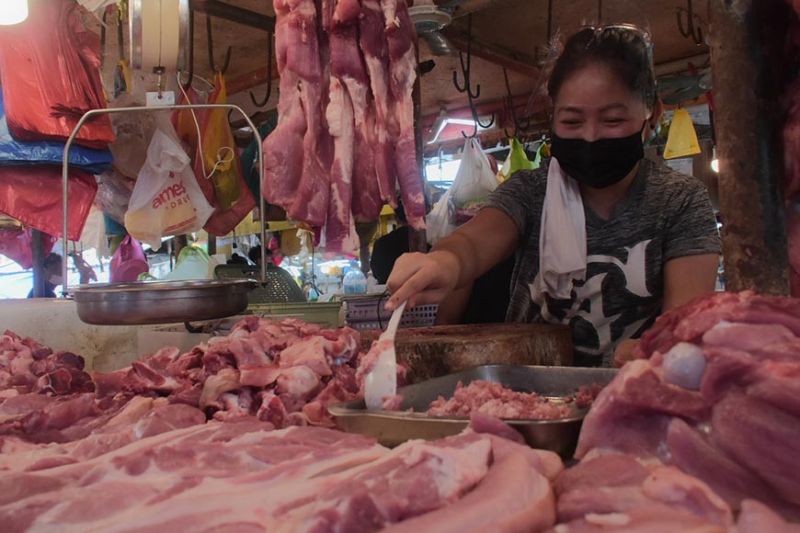 A GROUP of hog raisers in Davao Region is calling on the Department of Agriculture (DA) to address the African Swine Fever (ASF) situation in the region that resulted in the high prices of pork due to low supply.

Hog Farmers Association of Davao Inc. (Hogfadi) president Eduardo So told SunStar Davao in a phone interview that some hog raisers, particularly from the backyard sector, can no longer meet the demand of supplying pork products after their hogs were infected with ASF.

So belied claims that they are manipulating the prices, saying they are even the ones gravely affected by the ASF.

"Kami ang sad-an because based on the consumer's perspective, kami ang pasanginlan because naka-profit mi (Based on the consumer's perspective, we are the ones blamed in the price surge because allegedly we are profiteering). What about the members na nag-downsize (who underwent downsizing)? What about those naigo or wala nabayran (whose hogs were infected and were not given indemnification payment)? Did they think pila nalugi nila (Did the public think how much loss they incurred)?" he said.

So said they have no control over the price increase because the ASF is beyond their control.

Because of the culling of thousands of hogs infected with ASF, some hog raisers lost their livelihood.

Since there is still no cure for ASF, the government has opted depopulating or force killing of ASF-infected hogs to curb the spread of the disease.

The organization has recommended to DA selected culling of hogs. Through this, the hogs will be tested for the ASF virus. Hogs that yield a negative result will be allowed to be sold in the market.

So said DA-Davao has failed to control the spread of ASF as it had already spread to other parts of the region and other areas in Mindanao.

So said there is a need to "repopulate" the hog industry, but it cannot be done if the source of the infection will not be detected.

He also said the DA was not able to bar imported goods from ASF-infected areas or countries, which had contributed to its spread.

If this will not be addressed soonest, he said the hog industry in the region might die.

In Mindanao, he said the pork supply in the island is already down by around 30 to 40-percent because of the ASF outbreak.

He added Davao Region, which is exporting pork products to Luzon, is also affected.

Meanwhile, So already reached out to Mindanao Development Authority (MinDa) Chairman Emmanuel Piñol to help them with the problem.

Piñol, in a press release, said Hogfadi sought MinDa's help in getting access for the ASF vaccine, which is currently being developed in Vietnam and would be available in the country by the second quarter of this year.

So, meanwhile, said they are hopeful that the vaccines, which still need to undergo clinical trial, will stop the further spread of the ASF.

He said they will be having a stakeholders' meeting this Wednesday, January 27, to discuss the ASF situation in Davao.