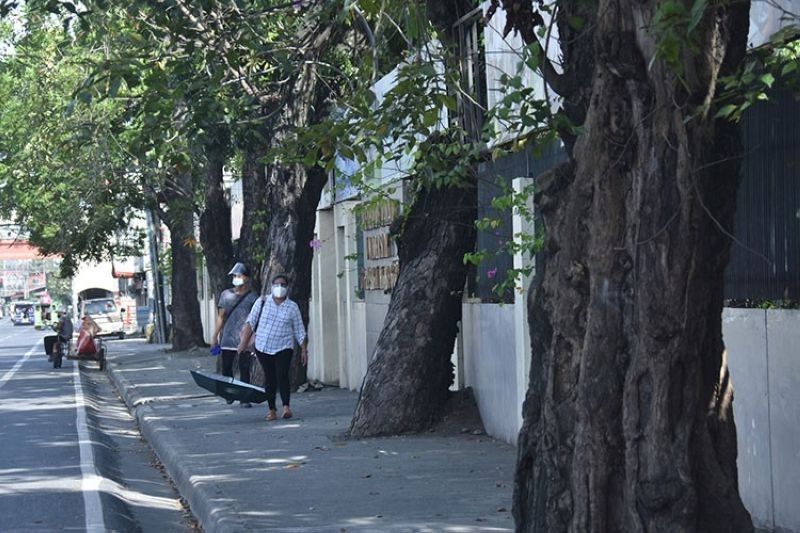 This was in response to the recent Department of Public Works and Highways (DPWH)-Davao's announcement that it will no longer push through with the flyover project along McArthur Highway due to opposition from various sectors.

DPWH-Davao spokesperson Dean Ortiz told SunStar Davao in a phone interview on Tuesday, January 19, that the road-widening project covering Sandawa Road to Tulip Drive Junction was supposed to be implemented in preparation for the construction of the 1.7-kilometer Maa Flyover project worth P600 million this year.

But Ortiz said the P1-billion road infrastructure project will not push through after encountering opposition from the business sector and environmental groups.

The university was among those who called on the DPWH Davao City District Engineer's Office to reconsider the proposed plan of a new laybay, which would include the cutting of eight trees planted along the sidewalk of the school's grade school/high school Matina campus.

In a statement, the university "expresses its deep gratitude and sense of relief that the DPWH flyover project is suspended."

"We cannot emphasize enough how much we value our trees in the city, open and green space for clean air, urban heat and climate change, especially and particularly in this age of pandemic when public health, especially of our children is topmost priority," Addu said.

The university said they are in solidarity with the business and private sector in ensuring that the city remains conducive to economic activity, at the same time growing its "urban ecosystem."

While Addu said they recognize the need to improve the city's looming traffic situation, they believe "the problem lies beyond road networks and expansion".

Addu said they are supporting the Transport Master Plan of Davao City, which aims to promote an efficient mass transport system in the city that is "walkable and bikeable."

They also lauded the City Government's efforts in implementing the Bicycle Ordinance of 2010 beginning with the delineation of bike lanes last year.

The group is also urging motorists to respect bike lanes and persons/pedestrians-on-wheels.

Mayor Sara Duterte-Carpio and the 19th City Council have supported the call of the environmentalists, saying there must be an engineering solution in such a way that even if the project pushes through, the trees should remain there.

Councilor Diosdado Mahipus Jr. lobbied in the council to enact an ordinance prohibiting the cutting of heritage trees within urban areas of the city.

Mahipus, who heads the committee on environment, has also called on DPWH to abate and prevent the cutting of trees in infrastructure developments in the city through the introduction of engineering solutions, as mentioned by the city mayor, and abide by the existing city environmental protection policy.

Meanwhile, he said there is a need to introduce alternative modes of transportation, and encourage people not to rely on cars in their short distance travels.

He said there is also a need to have wider sidewalks, sidewalks with protective barriers, and "a network of tree-shaded walkways," which is already included in the proposed Comprehensive Land Use Plan (Clup).

He added that his committee is in coordination with the committee on public works, headed by Councilor Edgard Ibuyan Jr., and already conducted hearings on the latter's proposed "tree line ordinance" where the planting of trees will be included in the project design of road developments in the city.