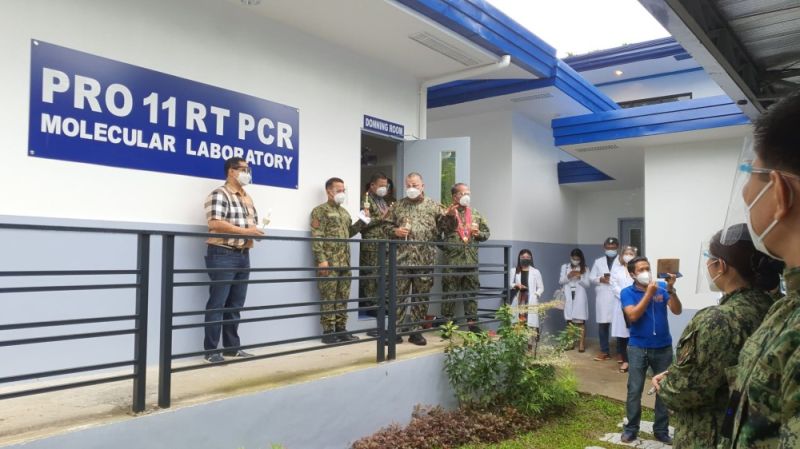 This is the fourth molecular lab of the PNP in the country and the first in Mindanao.

In a press conference, Sinas said he will leave the operation of the lab to PRO-Davao, which will also decide as to who can avail of their testing service.

PRO-Davao Director Filmore Escobal said their medical technologists are still training at the University of the Philippines-Mindanao (UP-Min) Genome Center and they are still waiting for them to graduate before they can formally operate.

UP-Min, in a press statement, said the partnership "marks a milestone" in its "efforts to network with partners towards mitigating the spread of infectious diseases in the Southern Philippines."

"UP Mindanao, through the experts in PGC (Genome Center) Mindanao, will train the lab personnel in biosafety and molecular diagnostics and prepare them for proficiency testing by the Department of Health-Research Institute for Tropical Medicine (DOH-RITM). The PRO-11 lab will also become part of the network for infectious diseases research and development that is being built by UP Mindanao and PGC-Mindanao," UP-Min said.

The facility cost around P23 million.

But she said since it has only started with its operation, the maximum test they can conduct is at 150 specimens a day.

She added that the PNP personnel will be prioritized in the PRO's initial operation.

"For this time, exclusive pa lang siya muna. Kasi initial operation pa lang ito. (For this time, this will be exclusive for PNP for now) But hopefully soon makatabang na mi sa uban (we can test others)," Gultiano said.

She added that their medical technologists are both uniformed and non-uniformed personnel.