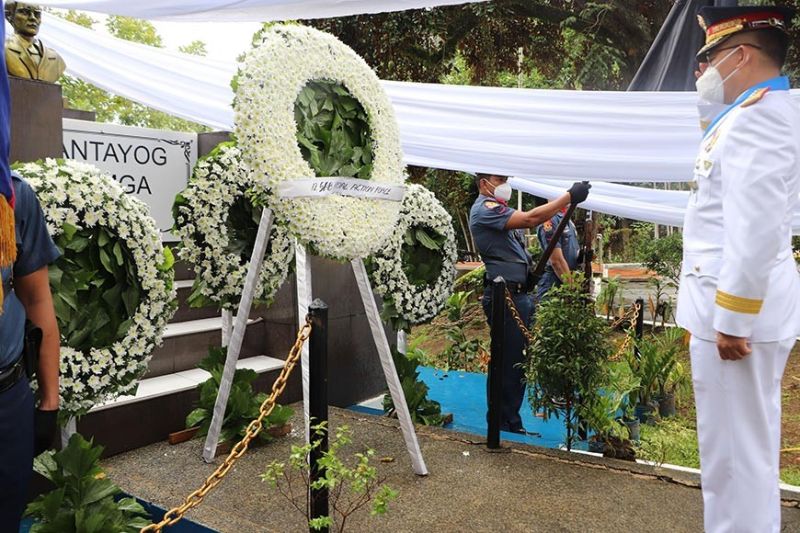 OFFICIALS and personnel of the Police Regional Office-Eastern Visayas held a wreath-laying ceremony on Monday, January 25, 2021, to commemorate the heroic sacrifice of the 44 members of the Philippine National Police-Special Action Force (PNP-SAF) who died during an anti-terrorist operation in Mamasapano, Maguindanao six years ago.

“The story of the SAF 44 shall transcend time as it depicts the truest sense of heroism. The least that we can do now is to honor the sacrifice and memories of our fallen heroes who have died serving the country,” said Brigadier General Ronaldo De Jesus, police regional director.

“May their respective families also find peace and healing,” added De Jesus, as he directed all the line units in the region to conduct public awareness of the SAF commemoration “in honor of the gallantry” of the PNP’s elite force.

Also present at the ceremony was Bishop Oscar Jaime Florencio of the Military Ordinariate of the Philippines, who presided the Eucharistic Mass in honor of the fallen SAF 44 commandos.

In February 2017, President Rodrigo Duterte proclaimed every 25th of January as the National Day of Remembrance for the fallen SAF 44 troopers. (SunStar Philippines)