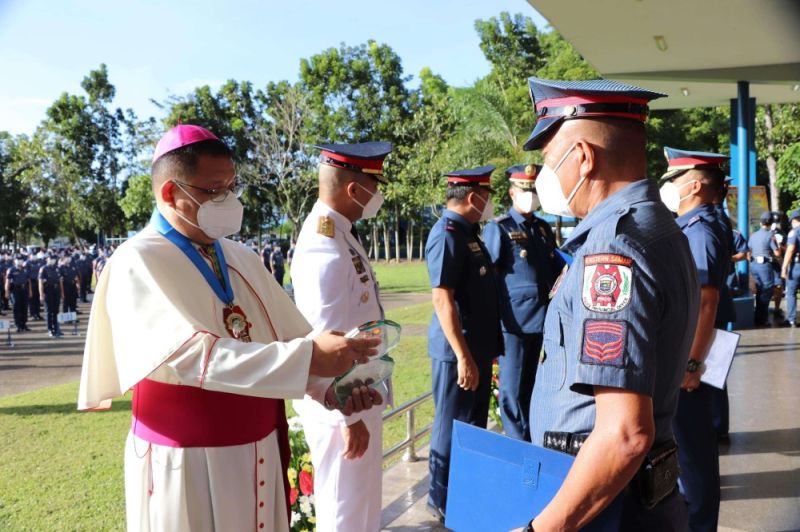 “As we embark the new year 2021, we should know what are those things that we have to discard and what are those things we should retain, hindi magandang pakinggan na uulit-uilitin natin ang masamang ugali, ito po ay hindi kaaya-aya na ipamahagi sa kapwa,” said Bishop Oscar Jaime Florencio of the Military Ordinariate of the Philippines (MOP) during the awarding ceremony.

Meanwhile, police regional director Brigadier General Ronaldo De Jesus urged the awardees to reflect on the words of Bishop Florencio, adding that the police officers in the region are “privileged and honored” to be visited by the military bishop. (SunStar Philippines)