Nograles: We need support of LGUs in fight against hunger 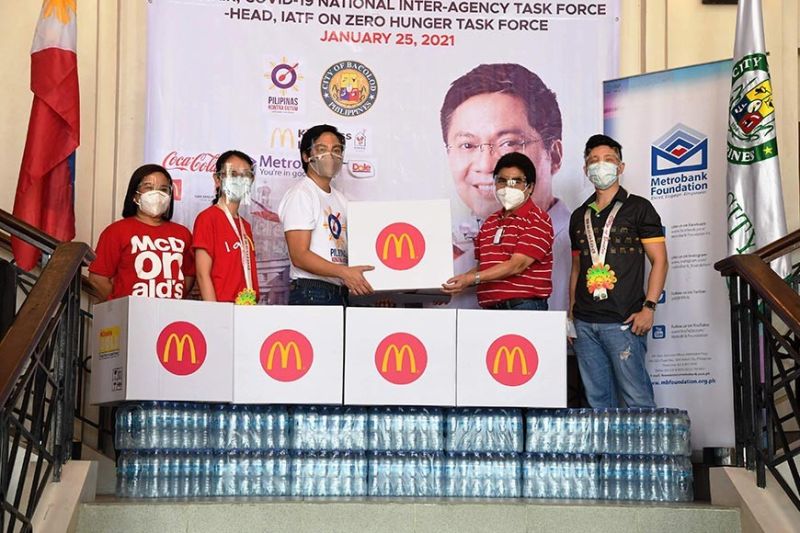 “WE NEED the support of the local government units in the fight against hunger and malnutrition in the country.”

This was stressed by Cabinet Secretary Karlo Nograles, chairman of Zero Hunger Task Force and co-chairman of the Inter-Agency Task Force on the Management of Emerging Infectious Diseases, who was a guest speaker at the turnover of 2,000 McDonald’s meals to the City of Bacolod Monday, January 25, 2021, at the Bacolod Government Center.

Nograles said the national and local government units along with the private sector should help one another in the fight against hunger and malnutrition in the Philippines that was worsened by the ongoing coronavirus pandemic.

“After the Covid-19 pandemic, we also need to focus on how to resolve hunger and provide job opportunities to Filipinos who were displaced,” he said.

He said the Zero Hunger Task Force is not just a non-government organization but a movement where national and local government units and private sectors joined forces.

He added that McDonald's, Coca-Cola, Metrobank, Dole and San Miguel Corporation, among others, were partners in carrying out their programs.

Nograles said there were about 30 private companies, academe and civil society who joined them in the fight against hunger.

Aside from the distribution of food packs, Nograles said the Task Force is also helping farmers and fisherfolks in the country in achieving sustainable income.

“Sometimes fisher folks have good catch and farmers have abundant harvest, but still, it will not alleviate their income, so there is a necessity to ensure that their goods reach the market,” he said.

Mayor Evelio Leonardia also expressed his gratitude to Nograles and McDonald’s for choosing Bacolod as the first city outside Manila as a beneficiary of said program.

Leonardia said the food packs will be distributed to various barangays and that is something to be happy with.

“We are happy for the support of Nograles for the people of Bacolod,” he said.