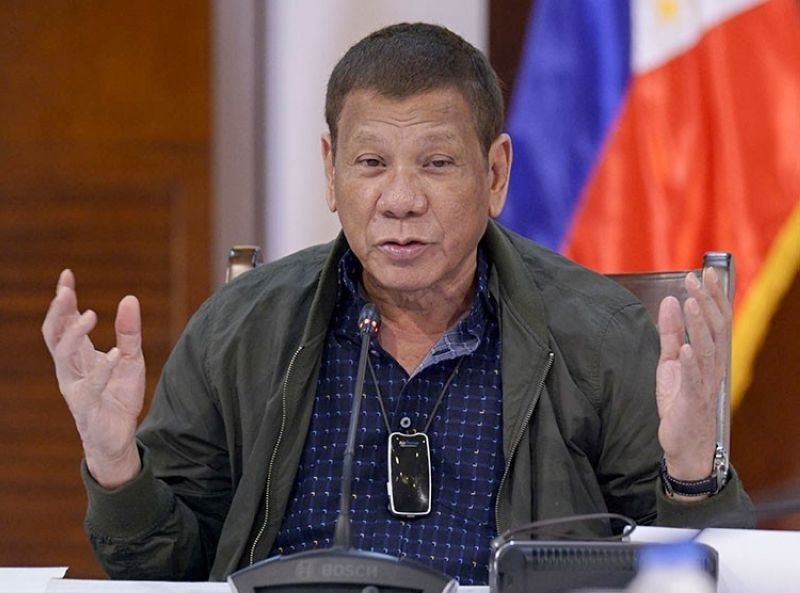 PRESIDENT Rodrigo Duterte on Tuesday, January 26, 2021, brushed off allegations of corruption in the procurement of vaccines against coronavirus disease 2019 (Covid-19).

Duterte said he wants to talk one-on-one with the critics of the government’s procurement plan to enlighten them about the process and show that their accusations are baseless.

He stressed that Galvez will not be handling any cash. The loan that will be released by the bank will go straight to the vaccine manufacturer.

Duterte said the critics were “muddling up” the matter.

“I take exception to itong statement that they were able to prevent corruption or an overprice because of their vigilance. No. Far from it actually. You were just muddling up — it’s a muddled — ginugulo lang ninyo. Matagal pa ‘yan at dadaan pa ‘yan kay Dominguez and you know how Dominguez is,” he added.

Earlier, Senator Panfilo Lacson said the Senate inquiry into the vaccine procurement last week prevented graft and helped prevent the “people’s billions of pesos” from falling into the wrong hands of corrupt officials.

He cited the “sharp difference” in the prices of China’s Sinovac vaccine, which was reported to cost $38 (or P1,800) in the Philippines compared to only around $5 (roughly P250) based on the World Health Organization’s announcement.

Department of Health Undersecretary Maria Rosario Vergeire has explained that the price cited by DOH was merely an indicative price for budgeting purposes.

The price of the vaccine will be finalized once a supply agreement is finalized.

There are at least three steps in vaccine procurement, Galvez had explained.

Firstly, the government must sign a confidential disclosure agreement, then a term sheet and, finally, a supply agreement.

The Philippines aims to vaccinate 50 to 70 million people within the year. The first shipment of 50,000 doses from Sinovac is expected to arrive in February. (SunStar Philippines)