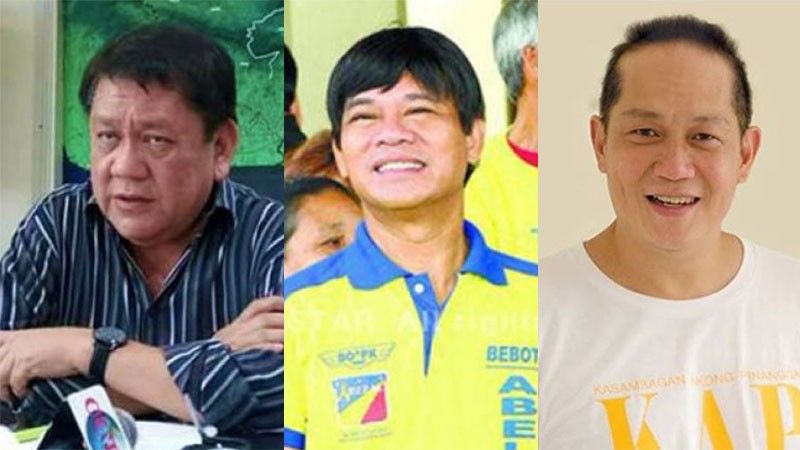 'Are we still acting?'

Cebu City Vice Mayor Mike Rama spent the first part of his press conference Tuesday, January 26, "clarifying" about his authority to preside over the meeting held the previous day, Monday, with barangay captains on the Covid-19 situation in the city.

He thought, he said, that when Mayor Edgardo Labella told SunStar last Sunday he was extending his medical leave and would stay at home, the vice mayor's stint as acting mayor would also be extended.

Only the follow-up news Monday mentioned about the mayor working from home and reporting at City Hall within this week. That implied he was reassuming as mayor.

But then, a City Hall watcher noted, the order for Rama to serve as acting mayor specified the day of service and didn't say he would be acting mayor until the mayor physically reports back at City Hall or the order is otherwise rescinded.

Mike Rama said he knew a new designation from the mayor was necessary. He was just being cautious about the capacity under which he was calling the Monday meeting with the barangay captains. Rama and Councilor Dondon Hontiveros, the acting vice mayor, were supposedly overheard asking each other, "Are we still acting?"

The meeting was held without the mayor but Mike said he led the conference as vice mayor, presiding officer of the City Council, and chairman of the Sanggunian committee on Covid-19.

The minor confusion could have been avoided had the mayor's office or Labella's City Hall manager coordinated with the VM's office, or vice versa. They can get in touch with one another more often. They're on the same team.

Did former mayor Tomas Osmeña, leader of the minority party BOPK in Cebu City, disclose on Jayson Monteclar's The Not So Late Show (aired Saturday night, January 23), his political plans for the next elections?

He did not. The situation is too fluid, he said, for him to make any plan that depends on certain things to happen and will not happen.

Tomas did show some glimpses of his cards:

[1] Representative Rodrigo Abellanosa would make a good mayor, saying that Bebot, being a school owner and administrator, has higher "administrative ability" than four other persons he named (Labella, Mike Rama, Joel Garganera and Junjun Osmeña). The only other politician who can compare with Bebot, Tomas said, is Association of Barangay Council's president Franklyn Ong. The BOPK chief said he wants Bebot "up there as mayor or vice mayor."

[2] The presidential candidate Tomas will support is the aspirant who is "good for Cebu." He mentioned Vice President Leni Robredo or Senate President Tito Sotto. Manny Pacquiao? "A nice guy, very thoughtful" and he gives Tomas tickets for his boxing fights but, Tomas, said, Manny wants Bongbong Marcos for vice president. "I'm sorry. That's beyond my boundary."

Former mayor Tomas Osmeña implied that it was not the time to plan or decide anything as the situation was still "fluid." And there are too many problems of the city that a mayor must tackle, with the chief executive unable to focus on one. He said he had listed those problems and he stopped at 78.

And he said he was just tired. He didn't say he was ill with cancer and older (he is 72 and will be 74, three weeks or so into the next City Hall administration).

Tomas could be the mayor to Bebot Abellanosa or Frankly Ong. Or, as dyCM's Eric S. Manait once speculated, former star councilor Margot Osmeña could be Bebot's or Franklyn's vice mayor, which, if the tandem prospered, would give the former mayor more than a toehold at City Hall.

The run to win

Tomas told Jay Monteclar in the same TNSLS edition that one should not be content with doing one's best, one must win.

The worst place in life to be is on second place, he said, worse than being the last. He would rather be tail-ender than No. 2, as the latter would require harder work. "Naninguha ka, way katu'g, pilde lang gihapon."

Applied to Osmeña's loss to Labella in 2019, that may indicate how BOPK head took his defeat in the last election. But that doesn't necessarily mean he would run again. If he would, he must be fairly sure of winning.