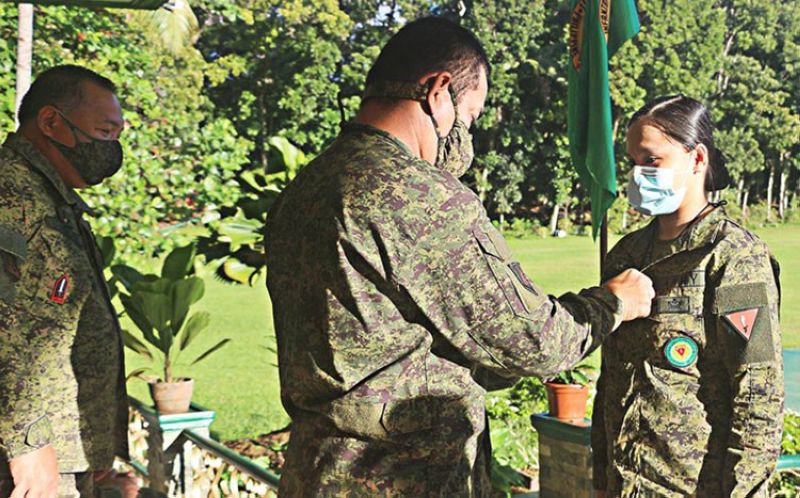 ZAMBOANGA. Two officers and an enlisted man of the 1st Infantry Division (ID) were promoted to the next higher ranks. A photo handout shows Major General Generoso Ponio, 1ID commander, pins the rank of captain to Yvonne Ricaforte, one of the two promoted officers, in a donning of ranks ceremony Monday, January 25, as Brigadier General Bagnus Gaerlan, 1ID assistant commander looks on. (SunStar Zamboanga)

THE newly-promoted and newly-assigned officers of the 1st Infantry "Tabak" Division (ID) have been advised to work with passion and dedication in order to contribute to the attainment of the command's mission.

Ponio congratulated the three for their promotions.

Ponio also welcomed the six officers who were newly-assigned to his command during the activity.

Ponio led the pinning of the "Tabak" patches to the six officers as a welcome gesture to the newly assigned trooper.

"Work with passion and dedication in order to contribute to the attainment of command's mission," he told the newly-promoted and newly-assigned officers of the command. (SunStar Zamboanga)