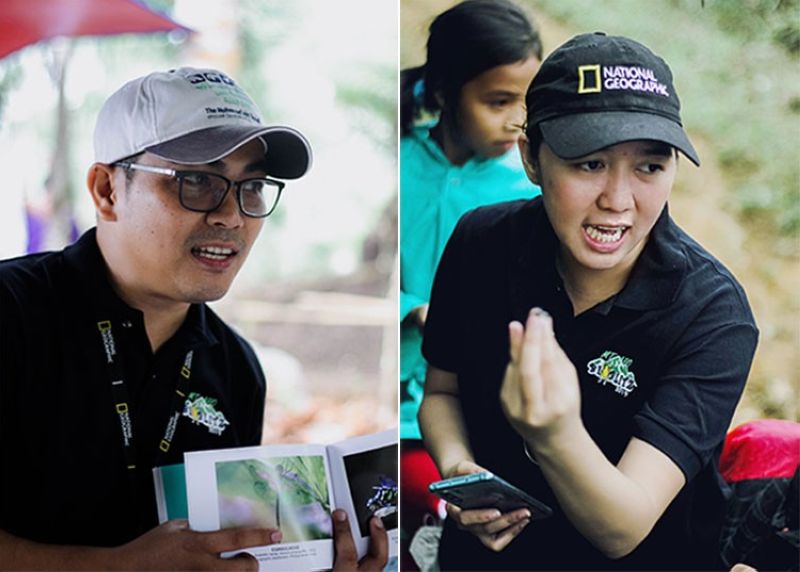 DAVAO. Discovered in Mindoro, Cleomenes cabrasae was named after Dr. Analyn Cabras of the Research and Publication Center of the University of Mindanao. (UM photo)

TWO new beetle species discovered in the Philippines are named after the University of Mindanao's (UM) own Dr. Analyn Cabras and Dr. Milton Medina of the Research and Publication Center.

A study conducted by a team of biologists from Daugavpils University in Latvia, led by Dr. Arvids Barsevskis, led to the discovery of Cleomenes medinai in Palawan and Cleomenes cabrasae in Mindoro.

The two new beetle species belong to the genus Cleomenes, which is noted to have 43 species worldwide, eight of which are found in the Philippines.

Barsevskis was the one who named the two new beetle species. He is regarded as a premier coleopterist and biologist, who heads the Institute of Systemic Biology at Daugavpils University as its Rector, and functions as vice rector of Research of the Institute of Life Sciences and Technology of the Coleoptera Research Center in the same university, and is the editor-in-chief of the Baltic Journal of Coleopterology.

These new species are described by the team of Barsevskis and Dr. Zeltite Barsevska in their study titled "Two new species of Cleomenes Thomson, 1864 (Coleoptera: Cerambycidae) from the Philippines," published in the December 2020 issue of the Baltic Journal of Coleopterology.

Cabras and Medina manage the UM's Coleoptera Research Center located at Matina campus, which is the first research center in the country devoted to the study of beetles.

They are responsible for the 2018 discovery of Metapocyrtus willietorresi, also a new species of Philippine beetle; as well as the December 2020 discoveries of Metapocyrtus zamboanganu and Thopeutica barsevskis, discovered in Zamboanga and Bohol, respectively. (PR)