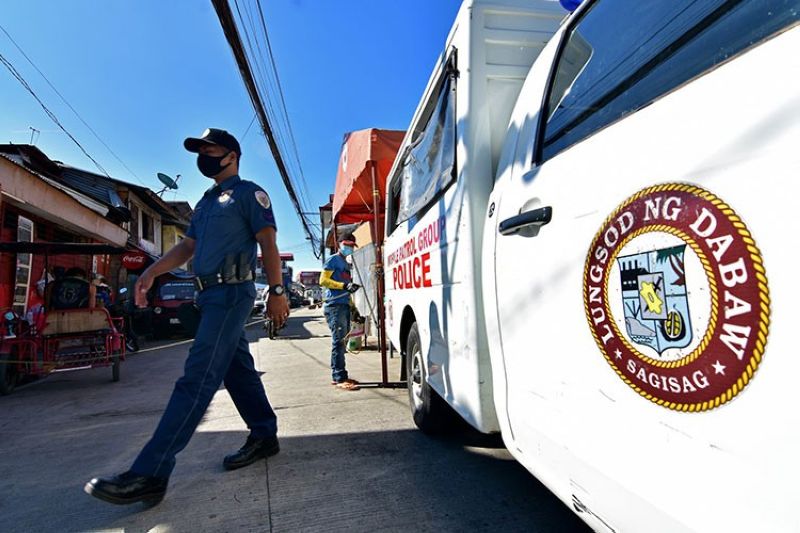 A CONFIRMED Covid-19 positive air passenger is now under the custody of authorities shortly after the Davao City Government announced that he is wanted for tampering with his swab test result.

The City Government posted around 8 p.m. Monday evening, January 25, that a certain Frederick Panol Grande was wanted after he was found to have presented a tampered reverse transcription-polymerase chain reaction (RT-PCR) test result upon arrival at the Francisco Bangoy International Airport, also known as Davao International Airport.

"It was discovered that he tampered with his RT-PCR test result to indicate that he is negative of Covid-19. An email from the testing center proved that he faked the result," the City Government said in a Facebook post.

As of 10 p.m. of January 25, the local government said Grande surrendered to authorities.

Aguilar added that Grande personally turned himself in to police authorities and is currently under the custody of Sasa Police Office as of Tuesday afternoon, January 26.

The passenger will be facing charges in violation of Republic Act 11332 or the "Mandatory Reporting of Notifiable Diseases and Health Events of Public Health Concern Act."

As of January 23, 2021, the Davao City Police Office (DCPO) has apprehended 33 individuals for presenting fake or tampered RT-PCR results.

"Of the 33 apprehended, 10 cases were already filed before the Court," Sumagaysay said.

Violators of the ordinance will be penalized of a maximum fine of P5,000, or through community service. The violator could also be fined through a "No Contest Provision."

In July 2020, the Davao City Government started to require all air passengers arriving at the Davao International Airport an RT-PCR test result taken from the point of origin and taken between 24 to 48 hours.

The city has currently suspended the free RT-PCR testing for arriving passengers at the Davao Airport since January 13.

Davao City Tourism Operations Office (CTOO) head Generose Tecson on Thursday, January 14, said, "We are redirecting our resources to address the local transmission since this is the highest in the list of cases now and will resume testing once our Los Amigos Covid-19 Laboratory will start operations."