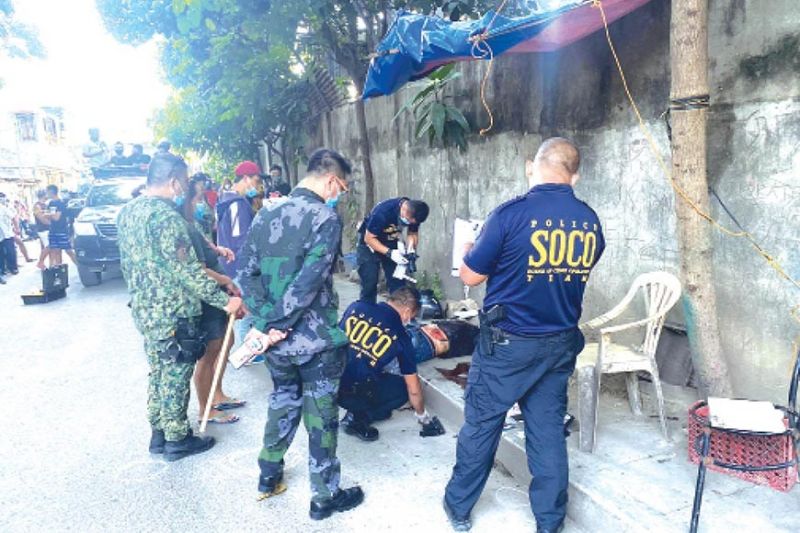 INVOLVEMENT in illegal drug trade is one of the possible motives that the investigators are looking into behind the ambush of former police officer Rodel Mendez Demaangay.

Demaangay was allegedly involved in illegal activities in A. Lopez, Barangay Labangon, one of the places in Cebu City infested with illegal drugs.

Labangon Police Station Chief Jonathan dela Cerna said there is no need to form a special investigation task group to speed up the inquiry on the muder of Demaangay, who was attacked by riding-in-tandem assailants on Jan. 25, 2021.

Dela Cerna said they can only form a special investigating body if the victim is an active member of the Philippine National Police (PNP).

Lt. Col. Wilbert Parilla, deputy director for operation of the Cebu City Police Office, said that before Demaangay’s transfer to the Bangsamoro Autonomous Region in Muslim Mindanao, the victim’s name had always been mentioned by arrested pushers.

Demaangay allegedly provided the supply of illegal drugs to pushers arrested by the Labangon police Station. This was the reason he was transferred to the Negros Oriental Provincial Police Office in early 2018.

While in Negros Oriental, Demaangay was embroiled again in a controversy, which led then Police Regional Office 7 director Debold Sinas to initiate his transfer to Mindanao.

Parilla said they are also exploring other angles as Demaangay had been previously assigned in police stations in Cebu City as an operative and he was also a former Special Weapons and Tactics member.

One of the reliable sources at the Police Regional Office 7 told Superbalita Cebu that when Demaangay was in Mindanao, he was involved in illegal activities and he was almost arrested during an entrapment by members of the Counter-Intelligence Task Force, which is now Integrity Monitoring and Enforcement Group.

Demaangay was charged by the Regional Internal Affairs Service of the Bangsamoro Autonomous Region Regional Police Office with three counts of grave misconduct.

In September, Demaangay returned here to Cebu City. He reportedly did not tell his family that he had been removed from service.

Demaangay had even told his friends who are police officers that he was still an active law enforcer.

Demaangay reportedly continued his illegal activities. He arrested a drug personality and allegedly released the person after receiving a large sum of money.

The Labangon Police Station recovered a 9mm pistol, which will be returned to the victim’s former unit in Mindanao if it is proven the gun belongs to the said unit. (AYB, BBT / KAL)