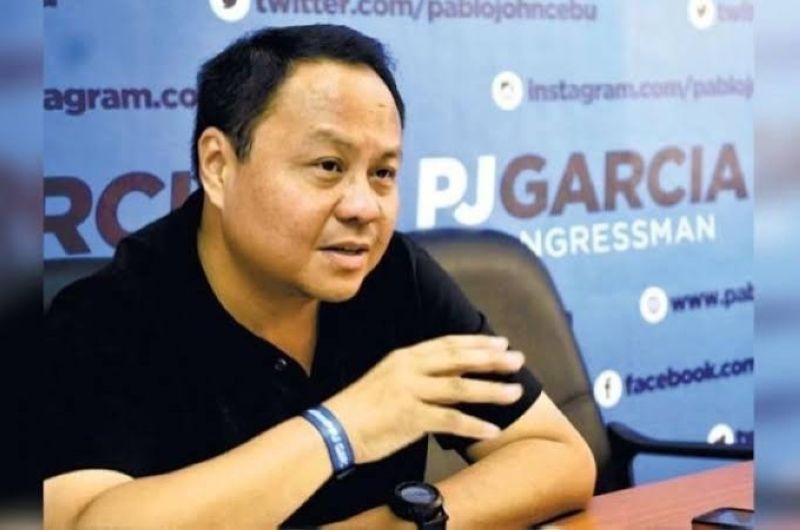 Below is Garcia's full statement in opposition to House Bill (HB) 18, HB 2222 and HB 5375 renaming the Mactan Cebu International Airport.

Mr. Chairman and Honorable Members of the Committee on Transportation:

With due respect to the authors of the bills under consideration, whom I hold in the highest esteem, I must manifest my opposition to the proposals to rename Mactan Cebu International Airport for the following reasons:

1. There is no compelling reason to change the name of Mactan Cebu International Airport. The name itself is not objectionable; it is perfectly descriptive of the geographic fact that the airport is on the island of Mactan in the province of Cebu.

2. From the time it was built in 1956 as an air base, its conversion as a civilian airport in the mid-1960s, to the present, it has always been named Mactan and generations of Cebuanos for whom the airport was built have always known it as Mactan, and have never thought it needed to be changed for any reason. Changing its name would erase more than 50 years of history.

3. Not just history, but name and brand recognition. Even before the Mactan Cebu International Airport Authority gained its charter in 1990, airport officials have spent resources, time and effort to market the airport as Mactan Cebu International Airport. Since 2014, when airport operations were awarded to private concessionaire GMR Megawide Airport Corporation, tens of millions of pesos in marketing and advertising money, and unquantifiable resources, time and effort have doubtless been invested and expended to market the airport as Mactan Cebu. Much of that will go down the drain if we changed the name—if we change the brand—of Mactan Cebu International Airport Authority. Should we really be doing that now, as our economy struggles to recover in this pandemic, and we see the region relying upon tourism as key economic driver? Do we spend millions again marketing a new name and brand, when these resources could be better put to use elsewhere in our recovery?

4. If the intention is to honor Lapu-Lapu the hero, I believe that the supreme recognition had already been given our first national hero when the town of Opon was named Lapu-lapu City in 1961. There is no higher recognition than that, naming a premier and first-class city after you. Besides, the name Mactan is inextricably linked with the heroism of Lapulapu so that there is really no compelling need for the renaming. If the intention is to merely to emphasize that the airport in is in Lapu-Lapu City, I believe there is no compelling reason to do that because: (a) Mactan Airbase (which became Mactan Airport) was already known as Mactan even when Lapu-Lapu City was still known as Opon; (b) Mactan as an island predated Lapu-Lapu City; (c) Mactan as an island that hosts the airport is not limited to Lapu-Lapu City, but includes the Municipality of Cordova.

5. Mactan, Cebu as a place-name is rich in historical and cultural meaning and association. It is the site of this archipelago’s first known resistance against colonial rule. There is a reason why Lapu-Lapu City’s colorful festival—certainly one of the best in the country—is known as “Kadaugan sa Mactan” and not “Kadaugan sa Lapu-Lapu”. The reason is the rich history that the name Mactan evokes in the Cebuano people.

6. The name of the country’s second busiest airport should not be changed without consulting the people, the organizations, the sectors that not only have a stake in the airport but also contribute, daily, by their patronage of the airport, to Mactan Cebu International Airport’s viability and future. Therefore, we should hear from the locators of the Mactan Export Processing Zone whether they would want to lose the advantage of having its name associated with an airport nearby. We should hear from the tourism sector not only in Cebu but in the whole Visayas, who have contributed greatly to the marketing of the brand Mactan Cebu International Airport. We should hear from the millions of people of the City of Cebu, and the 44 municipalities and 6 component cities of the Province of Cebu, who, after all, co-own the airport with the people of Lapu-Lapu City, whether the airport, which they have historically, consistently, and endearingly called “Mactan”, should be changed at all; and whether we should change it now, as we struggle to pick up the broken pieces of our lives and livelihoods without knowing when this pandemic will end.