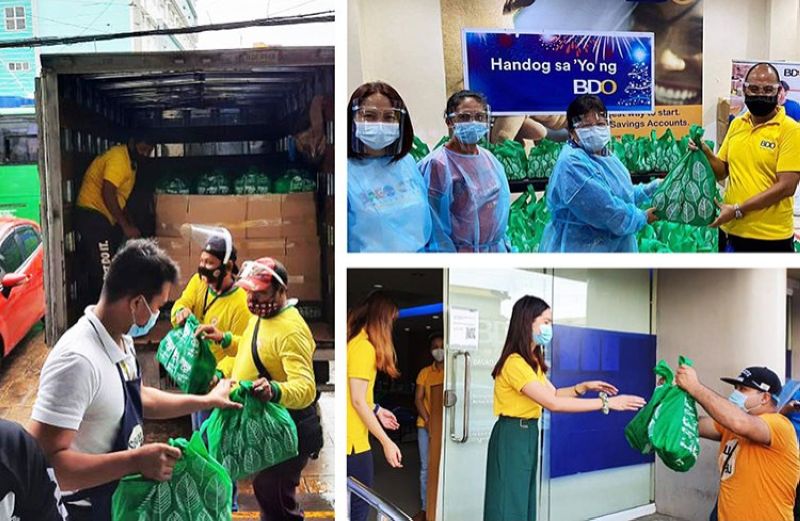 BRANCH employees of BDO Unibank exemplified the bayanihan spirit during the recent holiday season through a volunteerism effort involving the distribution of food packs to various marginalized communities nationwide.

Food packs were turned over to various barangays and rural health units, which included communities where the health centers were restored by BDOF under its Rural Health Units Rehabilitation Program.

Similar reactions have been expressed by community leaders and beneficiaries from Luzon, Visayas and Mindanao. To them, the donations were not just gifts for the Christmas season, but also provisions for their daily needs.

Normita Felix, barangay chairperson of San Juan, Cainta, was overcome with emotion during the turnover, while Barangay Sta. Ines, Tanay captain Adrenico Zubagia said he was thankful to receive the donations for his constituents who were normally overlooked due to the remoteness of the community.

Gerry Diaz, Southern Luzon Region head of BDO’s Branch Banking Group, said: “This was a welcome program of BDO Foundation. It provided a measure of relief and joy to underprivileged families as they faced challenges during the holiday season.”

The bank and BDOF eye to implement similar initiatives yearly to continuously reach out to the impoverished communities. (PR)