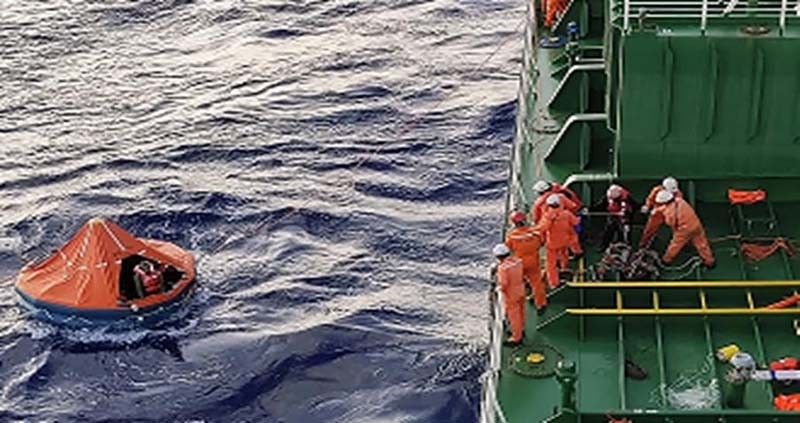 TWO Filipinos and 32 crew members who survived a fire incident on a Korean fishing vessel Tuesday, January 26, are set to arrive at Pier 3 in Cebu City at 7 p.m. Wednesday, January 27.

Of the 34 crew members who were rescued, two are Filipinos, 10 are Koreans, and 22 are Indonesians.

Dagalea said a representative of the company that owned this vessel is in Cebu and coordination has been made already.

"We will use our one-stop shop here at the City pier," he said.

He said they have yet to check if the vessel's operation is legal and if any of the crew was injured.

The Philippine Coast Guard (PCG) command center coordinated with merchant vessels passing near the vicinity where the incident happened to conduct the search and rescue operations through the Maritime Rescue Coordinating Center.

BRP-Suluan of the PCG in Cebu City was assigned to fetch the 34 crew members from M/V Golden Aspirant, the vessel used in the search and rescue operations.

The PCG Cebu City is now coordinating with the Korean Embassy, Indonesian Embassy, and the shipping company of M/V Golden Aspirant via its port captain. (WBS)