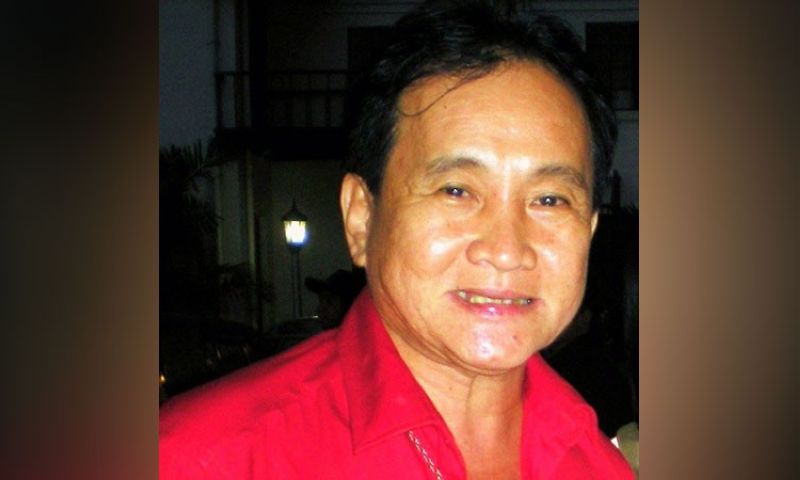 HEARTFELT tributes poured in for Odon Ramon Salva Sabarre on Wednesday, January 27, 2021, after the renowned ballet dancer and church worker from Eastern Visayas died due to a failing health condition. He was 69.

"Sir Odon was a mentor to many ballet and jazz enthusiasts in the region and throughout the Philippines and abroad, and truly, one of Samar's pride. Thank you Sir, for sharing your talent to the world, and may you find peace in God's arms," wrote Professor Jhonil Bajado, head of Samar State University Museum and Archives and adviser of the Social Studies Circle.

A native of Calbiga, Samar, Sabarre rose to stardom in the 1970s, along with his late brother Tommy, after he became the first Filipino dance scholar to Russia through then First Lady Imelda Marcos, with the sponsorship of the Cultural Center of the Philippines (CCP).

"We share the sorrow of the family of Sir Odon Sabarre at this difficult time with deep sympathy as they grieve over his passing away. Sir Odon has served our parish as an Extraordinary Minister of Holy Communion for many years," said Monsignor Erlito Maraya, parish priest of the Sacred Heart Jesus Parish in Tacloban City.

"We will always be grateful for his dedication in distributing the Body of the Christ to the people of our community. Eternal rest grant unto him, O Lord, and let the perpetual light, who is our Lord Jesus Christ, shine upon him. May he rest in the loving embrace of our Heavenly Father," added Monsignor Maraya in a statement.

He had several performances together with the Philippines' prima ballerina, Lisa Macuja-Elizalde.

As one of the 10 children of the late Judge Tomas Sabarre and Josefina Salva Sabarre, a pianist and musician, Sabarre had invited many personalities to his hometown, putting Calbiga on the map, according to Bajado.

"I know you are happy now to be reunited with your brother Tommy. Now that the duo is together again, a dance concert in heaven is surely a sight!" added Bajado.

Known as the first artist in residence of Eastern Visayas, Sabarre was also awarded as Most Outstanding Samareño and Most Outstanding Taclobanon. He was nominated as National Artist of the Philippines in 1997.

Before his death, Sabarre dedicated his life teaching dance lessons to underprivileged youths in Samar and Leyte provinces aside from performing in the country and abroad.