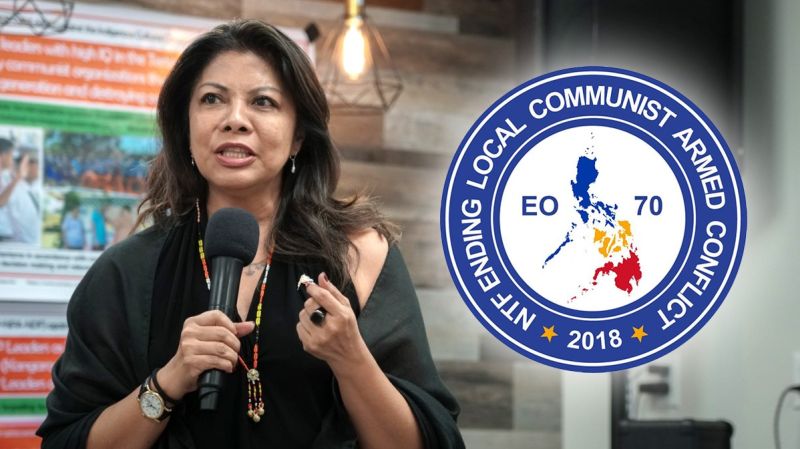 THE National Task Force to End Local Communist Armed Conflict (NTF-Elcac) reported that two universities in Davao City are included in the list of schools the Communist Party of the Philippines-New People's Army-National Democratic Front (CPP-NPA NDF) has targeted for "radicalization and recruitment" of students to join in the communist group.

In a statement, NTF-Elcac Undersecretary Lorraine Marie Badoy said the Ateneo de Davao University (Addu) and the University of Southeastern Philippines (Usep) are among the 38 schools and universities in the country that are hotbeds for communist recruitment.

"The NTF-Elcac fully supports the recent statement of Lieutenant General Antonio Parlade regarding schools that the CPP-NPA-NDF has targeted for radicalization and recruitment of our children into this violent extremist group," she said.

She said the NTF was able to recover documents and "other corroborating evidence collected in the span of over 50 years" from Adelberto Silva, a member of the CPP-NPA-NDF Central Committee, and Vicente Ladlad, who was captured by state forces.

Silva was also the head of the National United Front Commission of the CPP and its armed wing.

"First-hand testimonies of students and former rebels, as well as physical and incontrovertible evidence do point to this tragic truth: that our children are the primary targets of the CPP-NPA," Badoy said.

SunStar Davao reached out to Addu and Usep for their side on the NTF report.

Addu has not yet issued an official statement as of Wednesday, January 27.

"This listing is dangerous because it encourages red-tagging, especially in a polarized society that confuses activism and dissent with rebellion and terrorism, which will peril the lives of university members especially our fellow students who bravely speak against state atrocities and inefficiencies," Samahan said.

The student organization called on NTF-Elcac to withdraw the published list and apologize.

It added that the task force should also "recalibrate their strategies to end armed conflict."

Meanwhile, an official from Usep said the administration will be issuing a statement on its social media account Wednesday afternoon, January 27.

The listing came after the Department of National Defense unilaterally terminated the 1989 accord that prevents state forces from entering University of the Philippines campuses without coordination with the university administration.

Top officials of FEU, De La Salle University, UST and Admu stressed that their institutions "neither promote nor condone recruitment activities of the New People's Army (NPA) and any movement that aims to violently overthrow the government."

Badoy, meanwhile, clarified that the NTF is not red-tagging.

"In the first place, our courts -- including the highest court in the land -- our Supreme Court -- have already spoken: there is no danger to life, liberty and security when an individual or organization is identified as 'front of the CPP-NPA-NDF,'" she said, adding that "there is no such thing as red-tagging."

"Red-tagging is a myth created by the CPP-NPA-NDF to protect its fronts from being unmasked because those masks perform an important goal for them: they give the terrorist organization the cover it needs as they go about snatching our children from us, destroying our country and installing communism in our country ," Badoy said.

She added that Parlade's naming of the schools in the list cannot be considered red-tagging.

"It is not a rebuke of any kind to school authorities but a keen understanding of the expertise and genius of the enemy in deception that even learned men and women of the academe and in international bodies have been deceived," she said.

National Security Adviser Hermogenes Esperon, meanwhile, said in a press conference in Davao City that allowing the presence of law enforcement bodies in UP campuses is not a threat to academic freedom.

"The police operation inside the university does not in any way affect academic freedom which has the following elements: what to teach, who will teach, how it will be taught and who will be allowed to study," Esperon said.

In previous reports, different progressive groups had called for the abolition of the NTF-Elcac, the government's anti-insurgency task force, which according to them is targeting the critics of the government. (With reports from SunStar Philippines)