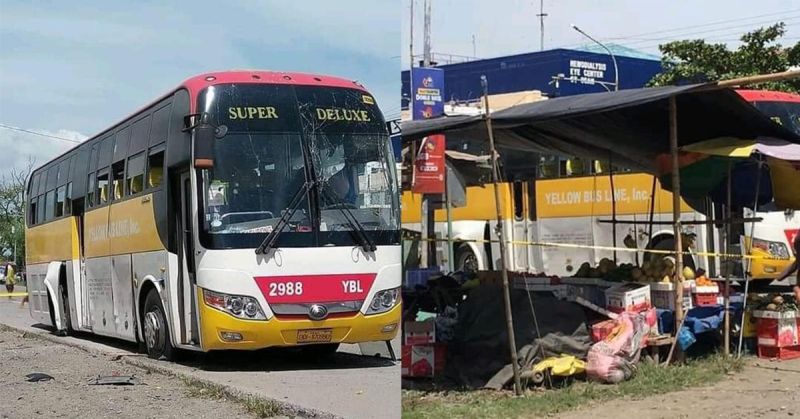 AN ELDERLY street vendor was killed, while seven others were wounded after they were hit by shrapnel from an alleged bomb explosion near a Yellow Bus unit around noon of January 27 on the national highway in Sibsib, Tulunan, North Cotabato.

Recovered from the crime scene were pairs of slippers believed to have been left by the people in the area during the commotion.

North Cotabato Vice Governor Emmylou Taliño-Mendoza condemned the bombing and sent her prayers and sympathy to the victims.

"I would like to offer prayers and express sympathy to the family of the victims and wish speedy recovery for the wounded of the bomb explosion," she said in a statement.

The governor believed that the bombing is a terrorism act, saying, "This act of cowardice of some lawless elements is an act of terrorism which I resolutely condemn."

She also hopes that the police authorities will conduct a speedy investigation to identify and arrest the perpetrators.

"As we call authorities to speed up their investigation to identify and bring the perpetrators to justice, let us continue to be vigilant and join efforts for a peaceful and progressive Cotabato Province," Taliño-Mendoza said.

The management of the Yellow Bus Line Inc. has not yet released a statement on the incident, but many believe that the bombing was perpetrated by a terrorist group that failed in their extortion activities.