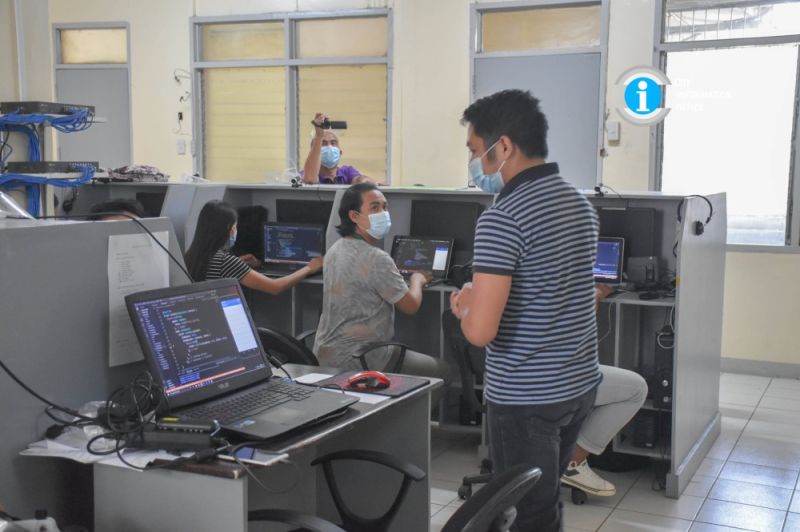 SAN CARLOS. San Carlos City personnel attend the five-day Basic Mobile Development Training, which is seen to boost the city’s utilization of its mobile application for Covid-19 and other purposes. (Contributed photo)

The five-day training, from January 25 to 29, is aimed at preparing resident computer programmers of the ITCSO and other city government offices for mobile application plans of the local government.

Information Systems Analyst Felix Michael Oberes, in a statement, said the Vamos app that was created by these programmers initially intended for contact tracing during the Covid-19 outbreak will soon become the city’s official post-pandemic mobile application.

He said there are currently 85,000 registered individuals with QR codes, adding that they plan to further develop the app.

The Vamos app will then be used to trace violators.

It will also be utilized in the recording of bills, taxes and government transactions for ease and convenience of residents including the integration of online payments.

These plans will be laid out after the training such as updating the application for easier access of residents or users, among others. (EPN)