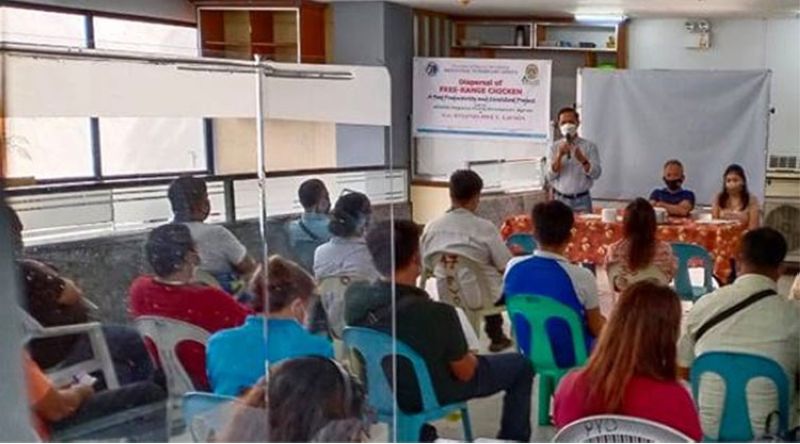 THE Provincial Veterinary Office (PVO) of Negros Occidental has conducted its first livestock consultative conference for this year, which is necessary in realizing the province's bid for a strong local livestock industry.

The activity, held at the PVO Building in Bacolod City Thursday, January 28, is geared toward ensuring sustainable partnerships among its stakeholders on different development platforms and creation of a more systematic monitoring and evaluation of project impacts.

It mainly tackled the 2021 priority projects of the PVO and local government units (LGUs).

These include the establishment of Abanse Negrense District Animal Health Center that will serve as an animal wellness center for every district in the province, thereby boosting the delivery of animal health services.

Under the project, the province will provide for the construction of the building, while the recipient LGU takes charge of the land area and operates the project as its counterpart.

The Abanse Negrense District Animal Health Center will then serve as the satellite center of the Provincial Animal Learning Park and Hospital.

Also, it shall form part of the Provincial Veterinary District Field Unit where veterinary care and services to animals and clients will be performed including animal rescue and dog population control.

It also tackled the updates on African Swine Fever (ASF) in the country.

Dr. Ryan Janoya, chairperson of ASF Quarantine Team, presented the new measures taken by the Provincial Government to protect the P6-billion swine industry of the province from the dreaded animal disease.

Janoya urged the stakeholders to be vigilant noting that ASF was already detected in the nearby Eastern Visayas region.

"The order banning the incoming shipment from Region 8 was already issued as well as on disinfection and strict regulation of all incoming transport carriers to ensure that the province will maintain its ASF-free status," he added.

Other agenda discussed during the conference included adoption of Swine Raisers ID System.

The provision of ID among swine raisers in the province is one of the priorities being implemented by the PVO mainly for mapping of all the hog raisers province-wide.

The PVO said members of the Alliance of Hog Raisers Associations in Negros Occidental (Ahrano) and other backyard raisers will be subjected to this requirement to facilitate marketing efficiency, monitoring and effective tracking of sources in times of hog disease outbreak like that of ASF.

The Philippine Crop Insurance Corp. presented the advantages of having the livestock animals insured like avoiding huge loss in cases of animal deaths.

For his part, Provincial Veterinarian Renante Decena, who spoke at the conference, urged the participants to work hand-in-hand toward a vibrant livestock and poultry industry in the province to ensure food security and livelihood.