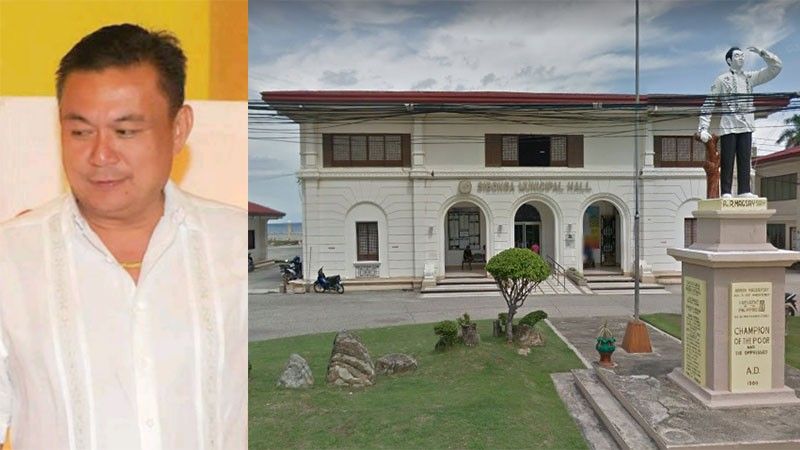 CONVICTION, ACQUITTAL. Last May 17, 2019, the Sandiganbayan sentenced then mayor-elect Lionel E. Bacaltos to six to eight years in prison when it found him guilty of corruption for receiving a P17,512 honorarium from PhilHealth to which he was not entitled.

In July of the same year, the anti-graft court upheld the conviction, which also ordered him to pay a fine equivalent to the honorarium and perpetually disqualified him from public office. Bacaltos appealed to the Supreme Court.

In a decision (promulgated last July 28, 2020 but received by the mayor only recently and posted on Facebook by Bacaltos's daughter Wednesday, January 27), the high court reversed the Sandiganbayan ruling, finding that he did not act in bad faith in accepting the PhilHealth honorarium and did not cause undue injury through "evident bad faith, gross inexcusable negligence, or manifest partiality," punishable under Republic Act 3019 of the Anti-Graft and Corrupt Practices Act.

WHAT BACALTOS DID. As part of PhilHealth's "primary benefit care package program for the poor" in Sibonga, Cebu, 20 percent of the fund went as incentive to workers of the municipal health office.

In February 2015, Bacaltos as mayor certified the obligation request in P280,197 as honoraria for the health workers from 2012 to 2015 under a sharing scheme laid down in a PhilHealth circular sent to the mayor.

Mayor Bacaltos, the Sandiganbayan ruling said, received the sum of P17,512.50 as his share of the honorarium, which the court ruled he "had no right to receive" since he was "not a physician, a health or non-health professional staff or a volunteer." The anti-graft court said, "There is no denying that undue injury was caused to the government by the accused's unwarranted receipt of the amount."

One Mary Joejie Chan, then a councilor of the town, had filed the complaint before the Visayas Ombudsman, which after investigation recommended filing of charges before the Sandiganbayan.

BASIS FOR ACQUITTAL. The SC knocked down Bacaltos's claim of absence of jurisdiction and due process (there was in both counts, the court said). But it upheld the mayor's claim, through his lawyer Julius Ceasar Entise, that he obtained the money in good faith and without "gross negligence or manifest partiality."

Associate Justice Alfredo Benjamin Caguioa, in a separate concurring opinion, considered as "badges of good faith" (1) the mayor's acceptance of the money subject to the condition of the municipal accountant that it was still subject to PhilHealth rules and (2) his return, even without a disallowance from COA, of P33,478.12, or P15,965.62 more than the amount allegedly unduly paid to him. (Caguioa didn't mention the Sandiganbayan position that restitution does not wipe out the offense.)

The main decision stressed that "bad faith" must be "evident," the kind that amounts to fraud, and the negligence must be "grossly inexcusable."

Bacaltos interpreted the circular to mean that the mayor was included in the term "non-health professionals." It was wrong interpretation of the PhilHealth directive, AJ Caguioa said, but it was "culpa," not "dolo": a mistake, not a crime.

THE SC RULING IS A REFUGE for public officers because of the precept AJ Caguioa stressed: "Violation of a regulation that is not penal in nature does not automatically translate into violation of the anti-corruption law" under section 3 (e) of R.A. 3019. "Fraudulent intent" is necessary to make it so.

Caguioa urged the high court to refrain from interpreting the corruption law "without heed to practical consequences." He said that would "effectively discourage individuals from joining public service."

It is, he underscored in bold type, "simply unreasonable to punish every little mistake that incidentally caused damage to another even when these were not done with corrupt intent."