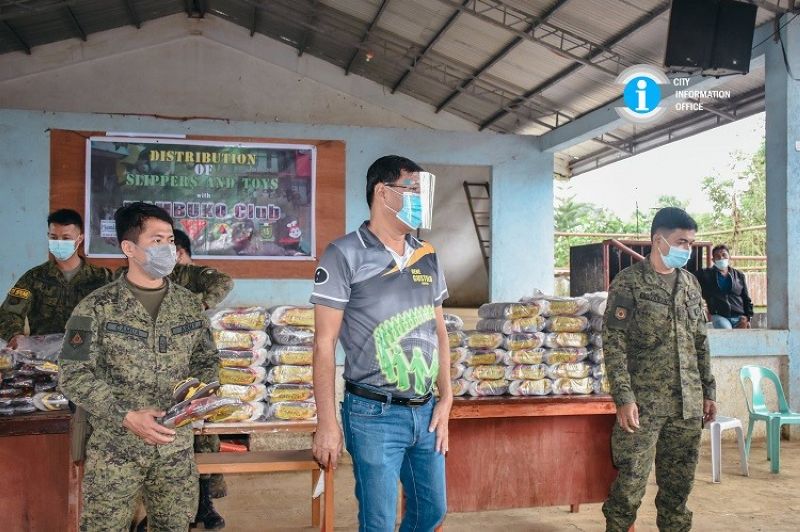 THE 79th Infantry Battalion Commander of the Philippine Army, LTC Gerard Alvaran, led the distribution of slippers to 540 pupils from kindergarten to grade six of Codcod Elementary School in San Carlos City on January 27, 2021.

The Philippine Army in partnership with Mambuko Club allotted 650 slippers for the activity tagged as “Tsinelas Ang Pag-asa.”

Alvaran said it’s their little way of inspiring and motivating kids to do better as members of the community that could lead to a "free, peaceful, happy and successful future."

Codcod Punong Barangay Danilo Lastimoso and Liezl Ogatis, Codcod Elementary School officer-in-charge, thanked the donors for choosing the children in their area. Ogatis also hoped that the good working relationship between the community and members of the Philippine Army will be sustained.

Beneficiaries Shaira Silvano and Zyler Laspoña were also grateful, saying they can now have one more pair of slippers to wear on their daily routine.