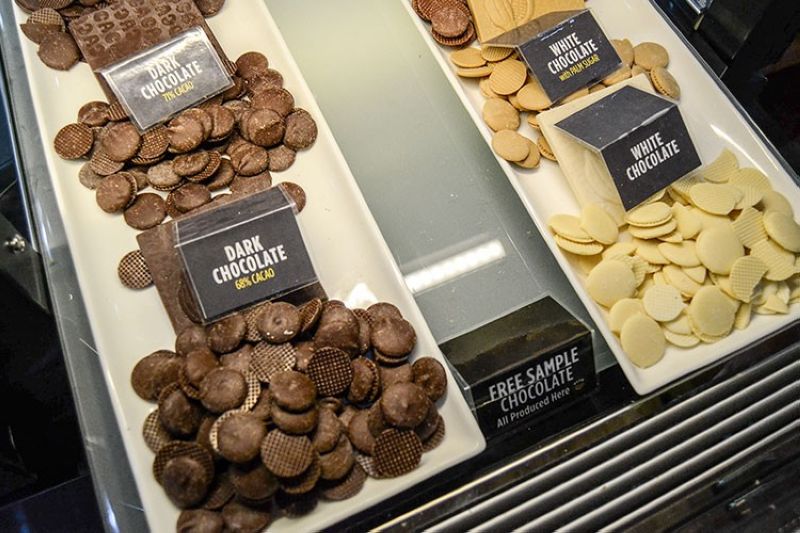 OPPOSED. The Philippine Industry Cacao Council (PCIC) is opposing the Senate Bill 1741, which will declare Davao City as the "Chocolate Capital of the Philippines" if enacted into law. (RJ Lumawag)

"As much as we really acknowledge the role of Davao City and the region in developing the industry, we believe that it should not be legislated because this will be a disadvantage to all other cacao planters and producers all over the country," PCIC National Chairperson Armi Lopez-Garcia said in an interview with SunStar Davao.

Filed on July 27, 2020, SB 1741 is authored by Senator Cynthia A. Villar. It is also known as "An Act declaring the city of Davao as the cacao and chocolate capital of the Philippines."

The bill seeks to recognize Davao "as the country's biggest producer of cacao and its vital contribution in making the Philippines world-renowned and sought after by chocolate makers."

The Senate Committee on Agriculture, Food and Agrarian Reform, which is chaired by Villar, is currently discussing the proposed bill.

Garcia said SB 1741 "discriminates and disadvantages" all other regions in the country that are "responding to the government's call to develop their own cacao industry."

She said in 2017, there was a convergence of efforts among the different government agencies led by the Department of Agriculture, Department of Environment and Natural Resources, Department of Agrarian Reform, and the Philippine Coconut Authority to engage in massive planting of cacao throughout the country because they see there is a market potential globally. In response, the private sector, composed of cacao planters and processors also heeded the call of the government to develop the cacao industry in the country.

"In other words, they are really positioning Philippine cacao and chocolates to be a global market player," she said.

If SB 1741 will be legislated, Garcia said the bulk of the assistance, be it financial or marketing, will be funneled to Davao.

"It is not healthy for the industry, it will really crush the spirit of those who have responded to the call of the government to plant cacao," she said.

PCIC, in a separate statement, said following a meeting with the Department of Trade and Industry last January 27, 2021, all the vice-chairpersons representing the country's three island groups -- Sylvia Ordonez (Luzon), Buen Mondejar (Visayas), and Christopher Lindo (Mindanao) -- also reaffirmed their strong opposition to the bill.

"In Mindanao, only Region 11 (Davao Region), to which Davao city belongs, has not taken an official stand. However, some provinces within Region 11 itself have expressed their opposition to the bill because it only benefits Davao city," the organization said.

Garcia said the group also opposed the House Bill (HB) 7460, "An Act to declare the city of Davao as the chocolate and cacao production capital of the Philippines and for other purposes." The bill was filed on August 24, 2020 and was passed on the third and final reading on January 18, 2021. It has transmitted to and received by the Senate on January 19, 2021.

Once HB 7460 is enacted to law, the Department of Agriculture and Department of Trade and Industry are mandated to provide sustained programs for the grant of financial, technical, training, marketing, and other necessary assistance to cacao farmers and entrepreneurs engaged in the production of chocolate products in Davao City and its contiguous localities.

She added that "favoring Davao city alone subverts the national policy to develop the Philippine cacao industry," which is laid down in the country's 2016-2022 Philippine Cacao Roadmap.

"Passing this bill will contradict the mission and vision of the roadmap," Garcia said.

"The PCIC instead endorses the promotion of 'Philippine Cacao' and 'Philippine Chocolate'," the council said in its statement.

Garcia said the PCIC is scheduled to join the second hearing of SB 1741.

She said this will provide them the avenue to explain their opposition to the proposed bill.